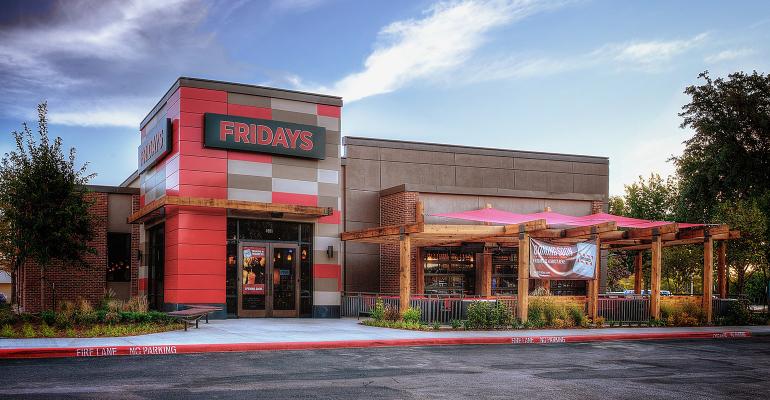 Both positions had been open since last year, when Ricky Richardson left as COO and Brian Gies departed as CMO, a company spokesman said.

“Casual dining, including Fridays, needs to be more imaginative and differentiated, especially around product innovation, marketing and customer engagement,” said John Antioco, TGI Fridays chairman and CEO, in a statement.

“Fridays is determined to distinguish itself from the category by leveraging its heritage as a great American bar and grill,” Antioco said. “Stephanie and Jerry will lead that change in a big way.”

While at Taco Bell, Perdue led the teams that introduced the Doritos Locos Tacos, as well as breakfast menu items.

“TGI Fridays has a long history of creating firsts in the industry and I look forward to continuing that tradition by breaking the status quo,” Perdue said in a statement. “I am thrilled to help write the next chapter for Fridays as we reimagine the brand for both team members and guests.”

“Jerry is a long-time veteran of the restaurant business, but even more importantly, he knows the Fridays business,” Antioco said. “He spent years fine-tuning best practices for executing a superior guest experience at his restaurants. In addition, he has excellent long-term relationships with Fridays’ franchisees, who now own and operate over 90 percent of our 470 U.S. locations.”

Elie Khoury, owner of Southeast Restaurant Group and co-chair of the Fridays President’s Council, said: “The addition of Jerry and Stephanie will help accelerate Fridays’ journey as a world-class franchisor and a renowned destination for guests across the U.S., and they are warmly received by Fridays’ franchise community.”

TGI Fridays has 900 restaurants in 60 countries.