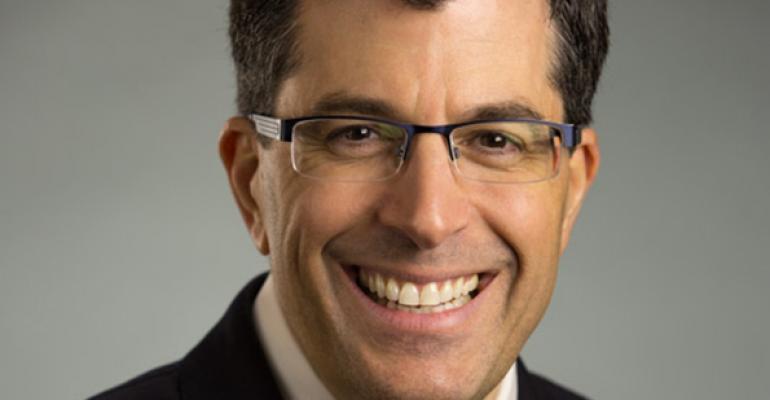 TGI Fridays has named hotel executive Robert Palleschi as its president and CEO to succeed Nick Shepherd, who stepped down in October, the company said Tuesday.

“I’ve known Fridays for so many years — the heritage, the history, that iconic brand name — which excites me and energizes me,” Palleschi told Nation's Restaurant News. “But more importantly, it’s the passion of the team, the culture, the energy, the excitement. … I look forward to learning some of that secret sauce and to adding value to the organization.”

Palleschi said TGI Fridays’ current strategy of remodeling and refranchising, which began in 2014, was one of the factors the attracted him to the company.

TGI Friday’s has 490 domestic restaurants, which are about 90 percent franchised after 180 company-owned stores were refranchised in the program started September 2014, and 416 international restaurants.

“I especially look forward to expanding that relationship with the franchise partners,” Palleschi said, “partnering with them for the re-imagining of our restaurants, but also to help grow not only here in the United States but also around the globe.”

Palleschi said his experience with Hilton, which has hotels in 90 nations, would help in those efforts. “It aligns with that nicely,” he said. “To move over and partner with Fridays, another iconic brand, is very exciting.”

The company said new franchise agreements will help TGI Friday’s remodel about 122 of the U.S. restaurants.

Fridays’ research has found Millennials make up more than 38 percent of diners, which has led it focus on menu innovations and the brand’s “social heritage.”

Among the latest promotions, launched earlier this month, is a “4-7-4 Menu” that allows Millennial-inspired customization from among appetizers starting at $4, entrees starting at $7 and desserts for $4.

Palleschi said his franchising and hospitality background remain a good fit for the TGI Friday’s leadership role. He worked 12 years at Hilton Worldwide, working with a number of global hotel brands and more than 1,000 franchised properties. Hilton’s brands include DoubleTree by Hilton and Curio.

David Lobel, managing partner of Sentinel Capital Partners, said in a statement Tuesday that Palleschi “knows how to successfully manage and grow branded global franchise systems and how to work with private-equity ownership — a combination we couldn’t ignore.”

Antioco emphasized Palleschi’s work with franchise operators. “As a hospitality veteran,” Antioco said, “he knows the importance of managing relationships within the franchise community as well as cultivating an engaging guest experience.”

During Monday’s interview, Palleschi said TGI Fridays’ strengths are broad, especially with the staff’s service personnel and culture, and help the brand stand out from “the sea of sameness.”

“When I think about Fridays,” he said, “I think about that great social interaction and that social engagement that we’ve all come to know and love. That stands apart from many of the other casual-dining experiences out there.”

Palleschi said part of his job will be a cheerleader for the team and he will tap his background “in a crazy Italian family with catering and food.” He attended Johnson & Wales with a focus on culinary before making his way into the hotel business.

“For me, it’s getting back to the roots of food and beverage,” he said. “It’s all about taking care of guests with every interaction for the great quality product and the great service experience.”