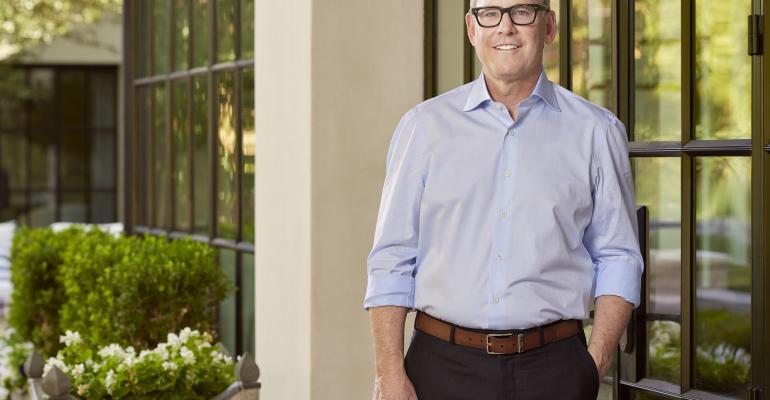 Pushing Daisies is an underground margarita bar that is opening soon in Nashville; Fox is also planning expansions for several of his other concepts

After a hiatus during the peak pandemic years, Cheesecake Factory-owned Fox Restaurant Concepts is making plans for major expansions across several of its 11 brands, particularly the pizza and rotisserie chicken-centric restaurant, Doughbird and health food concept, Flower Child, both of which will be opening new locations in new markets from 2022-2024.

But besides new development for existing concepts, SRC founder Sam Fox is looking forward to opening his first-ever bar concept: underground margarita bar, Pushing Daisies. Pushing Daisies is opening this fall in Nashville and will feature a menu of 50 different margaritas, and a curated menu of mezcals and different types of tequilas.

“We don’t conceive of anything in a boardroom,” Fox told Nation’s Restaurant News. “For instance, with Pushing Daisies, during the pandemic we began serving alcohol to-go at many of our restaurants and the number-one selling item was margaritas. We couldn’t keep them in stock at any of our restaurants because no one wanted to make one at home. So here we are, two years later building a margarita bar.”

“It's loosely built on a Mexico City speakeasy where you’re walking down an alley and it’s a little rough around the edges,” Fox said. “It’s such a different vibe from what Nashville has.”

If Pushing Daisies does well, it could very well be one of Fox’s concepts to expand into new markets. Fox Restaurant Concepts currently has 75+ restaurants across its expansive portfolio with strong development plans over the next couple of years. Classic American concept The Henry will be opening its first Miami location in early 2023; Doughbird and Flower Child are both opening in Tucson in early 2023; Blanco Cocina + Cantina tacos and tequila concept are coming to Coronado, Calif. next year and a third Fly Bye location is opening in Phoenix later this year.

Fox confirmed that with several openings planned over the next year, Flower Child will soon get to 35 locations, and they will also continue to push expansions for other concepts. Despite major development plans on the horizon, Fox is adamant that each restaurant will have a local feel, and won’t emulate the operations style of a chain:

“Each restaurant [location] can act a little bit different: some of the menu items are a little bit different, so we don't get stale,” he said. “While we’re continuing to evolve, we’re playing around with new stuff and it’s exciting for both the team and the guests. […] We have brands standard for everything we do, but we also have a little bit of flexibility and we try to create uniqueness with each site.”

Fox and team are not only developing new locations, but also evolving and changing their existing restaurants. For example, at Doughbird, they have expanded the menu concept to include new categories like chicken tenders, wings, and Detroit-style pizza, with new locations featuring the expanded menu opening in Tucson and Nashville.

“They've done a good job of just letting us be who we are, and letting us evolve,” Fox said. “We want to be the biggest small company we can be.”