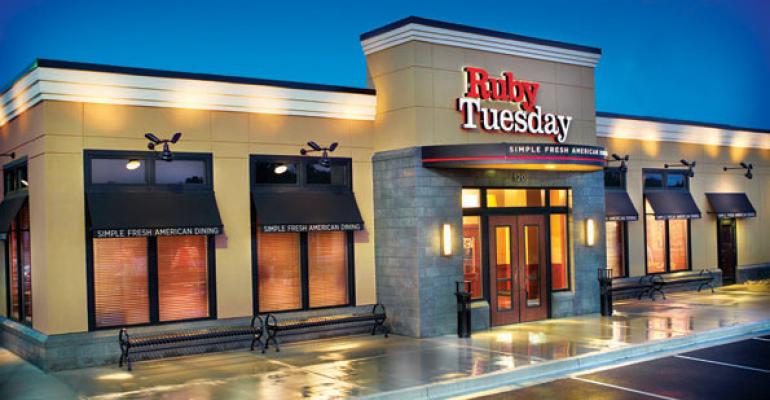 Wood, who has held a variety of real estate development positions at Dave & Busters Inc., Brinker International Inc. and TGI Fridays Inc., was most recently chief development officer at Qdoba Restaurant Corporation. In his new role, he will be responsible for supporting Ruby Tuesday’s repositioning back to is casual-dining roots, developing design elements and putting together future real estate strategies for both Ruby Tuesday and Lime Fresh Mexican Grill.

Golder was most recently chief financial officer at Cooper’s Hawk Winery & Restaurants. She has also held several senior finance roles at Darden Restaurants Inc. Bibby was most recently vice president of culinary operations at Smokey Bones Restaurants and has more than 35 years of experience in the restaurant industry.

Ruby Tuesday did not immediately respond to requests for comment.

“Their skills, in tandem with our existing leadership team, will help facilitate our plans to reposition Ruby Tuesday to a more lively and approachable brand position,” Ruby Tuesday chief executive James J. “JJ” Buettgen said of the new hires in a statement.

Buettgen himself is relatively new to the company, taking over as CEO Dec. 1. Since then, he has spearheaded several changes at the company, including closing the company’s Wok Hay, Truffles Grill and Marlin & Ray’s locations earlier this year. During the company’s latest earnings call with analysts, the CEO also noted that the brand will reposition itself to focus on its casual-dining, approachable roots, bucking the move in recent years to bring the brand upscale.

As of March 5, the company owned and operated 709 Ruby Tuesday locations and franchised 77 units.