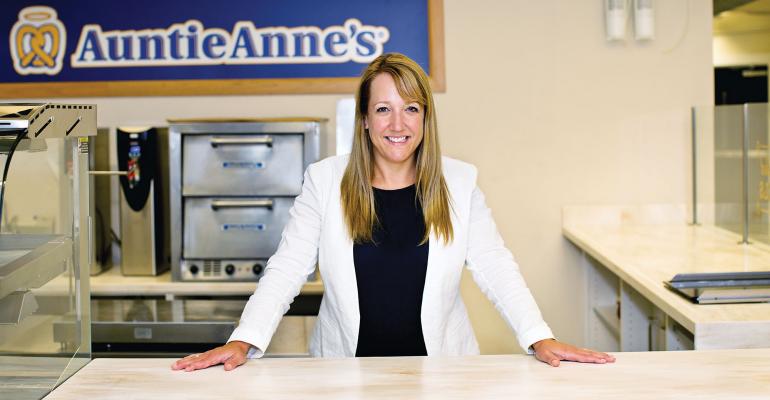 Moving beyond the food court

Heather Neary joined Focus Brands’ Auntie Anne’s in 2005, where she held various positions in marketing, communications and product innovation. She was named president of Auntie Anne’s in 2015 and since then has led the charge in the company’s brand evolution and modernization movement.

Known for: Auntie Anne’s has historically been known as one of the top pretzel purveyors in food courts, but ever since joining the Focus Brands team, Neary has propelled the brand out of its suburban mall reputation. Over the past three years, Neary has focused unit growth in areas with ample foot traffic, from transportation hubs to university campuses. Under her leadership in 2011, Auntie Anne's launched a major philanthropical partnership with Alex's Lemonade Stand that still continues today. Last year alone the brand raised $700,000. 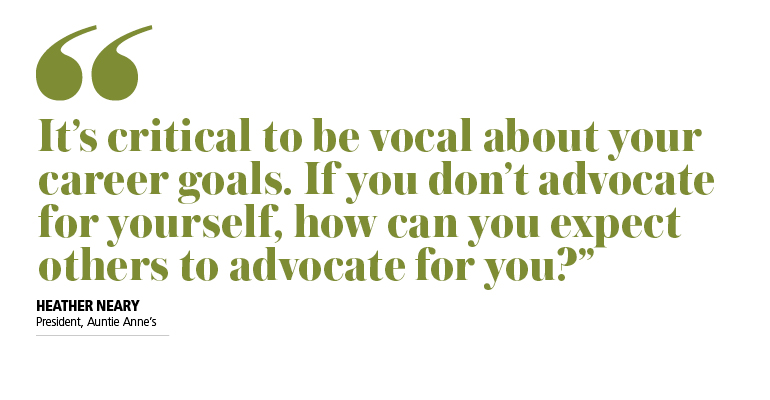 Power move: Neary initiated the brand’s Pretzels to the People program, which took Auntie Anne’s products out from behind the food court counter and onto the streets. The brand currently has a fleet of two dozen food trucks in major American cities and Neary hopes to double that number by the end of 2019. The Pretzels to the People initiative also promoted the brand’s off-premise capabilities, from third-party apps to private events.

What’s next: Neary is planning to grow Auntie Anne’s presence in urban development areas where foot traffic is high. The brand has plans to open locations in New York City and other cities.