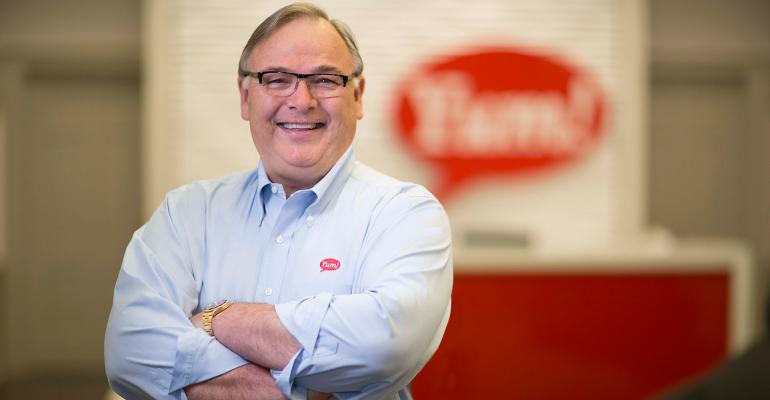 Yum! Brands Inc. CEO Greg Creed holds a host of household names in the company’s portfolio, and his focus is on reinvigorating those brands for a whole new generation of customers. Yum controls more than 44,000 Taco Bell, KFC and Pizza Hut restaurants, and the company is planning on continued growth, especially in the international space.

Known for: Creed headed Taco Bell, where he notably brought together Taco Bell and Doritos with the Doritos Locos Taco. Since his ascension to CEO of Yum in 2011, he has pushed for growth at the other brands as well. KFC reported 13 consecutive quarters of same-store sales growth in November.

Power move: This past year, Creed named Kevin Hochman president of KFC, where he has brought back buzz to the brand with the reintroduction of Colonel Sanders as spokesman. And on the back of the turnaround of KFC’s domestic fortunes, the focus this year was on turning struggling Pizza Hut into a name known for delivery. In May, the company said it would invest $130 million in Pizza Hut. That showed some dividends when the pizza chain showed flat same-store sales growth in October after weaker sales.

What’s next: Creed is looking to continue to open new restaurants across the globe, rather than adding new brands to the portfolio.