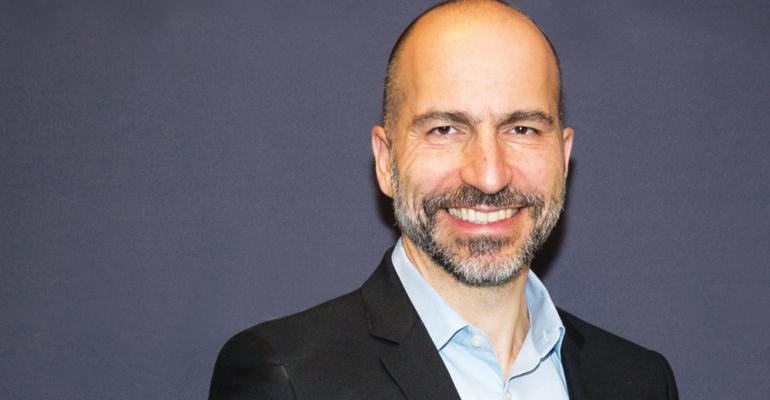 Uber CEO Dara Khosrowshahi only joined the company in September and he now faces the tough task of righting a ship rocked by scandals as it moves to an initial public offering. One bright spot for Khosrowshahi, though, could be UberEats. The food delivery service is gaining traction in the $100 billion food delivery market and could be appealing to investors searching for exceptional parts of what is still an unprofitable company.

Known for: In the food business, Khosrowshahi has minimal experience. He came from Expedia after beating out heavyweight business names like former General Electric head Jeff Immelt and former Hewlett Packard CEO Meg Whitman for the post. Before Expedia, Khosrowshahi was at USA Networks.

Power move: UberEats launched in 2015 and is enjoying success. Its crown jewel is McDonald’s, which has thousands of locations participating in the country. Denny’s said it was moving into delivery in May and would use Uber Rush. Under the leadership of UberEverything chief Jason Droege, that service was profitable in nearly 40 cities this fall, the company said.

What’s next: The demand for delivery is likely to increase as quick-service and fast-casual restaurants look for more ways to get food to customers. “The most popular place to eat out this year will be our home,” NPD Group analyst Bonnie Riggs said. Khosrowshahi has a strong right-hand man in Droege, but his lack of experience in food might make it a challenge.