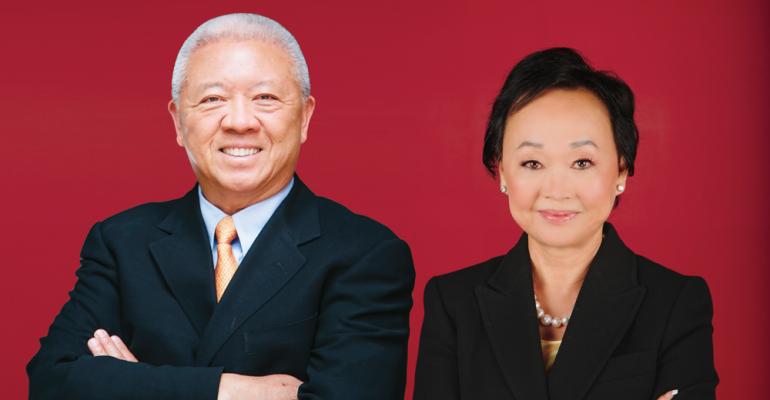 Andrew and Peggy Cherng founded California-based Panda Restaurant Group Inc. in 1983 and their many concepts, led by the $2.9 billion Panda Express, now number more than 1,900 locations. More than just co-CEOs, they are savvy entrepreneurs who eschew following the herd.

Known for: Panda Express is a stalwart in U.S. shopping malls, but over the years the Asian fast-food chain has evolved and expanded to an array of new venues, including airports, sports stadiums, military bases, universities and standalone restaurants.

Power move: In 2017, the Cherngs expanded their reach to the beverage space with the new Panda + Tea format. The concept features a tea bar of Asian “handcrafted” drinks, as well as the Panda Express entrée lineup. The Cherngs have also made a flurry of investments in emerging-growth chains, including Pieology Pizzeria, Ippudo, Just Salad, YakiYan, Uncle Tetsu and, most recently, Urbane Café.

What’s next: With the Cherng Family Trust, the couple has a stated goal of building “a world-class alternative investment platform.”