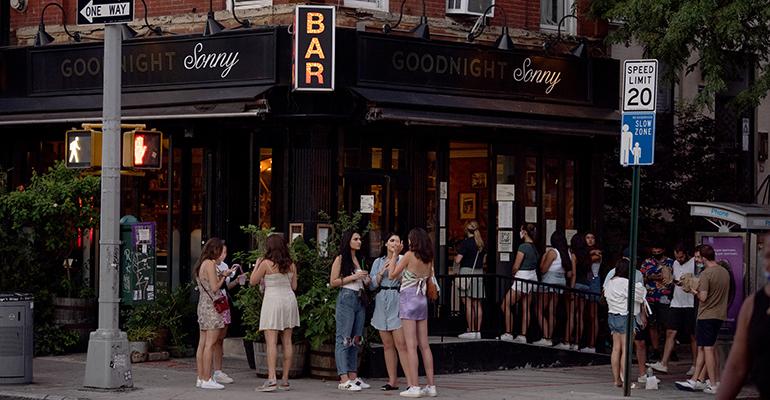 The Ohio state legislature has passed a bill to make to-go cocktails permanently legal in the state, and now the bill heads to Gov. Mike DeWine’s desk for his signature. If passed, the law would be the second of its kind in the state to turn a COVID-19-era economic relief measure into a permanent policy, following Iowa Gov. Kim Reynolds’ signing of a similar bill in July.

“Thousands of hospitality businesses across Ohio including restaurants, taverns, bars, distilleries, and their retail sales operations and tasting rooms have been closed for several weeks,” David Wojnar of The Distilled Spirits Council of the United States said in a statement. “Clearly, this has had a devastating impact on the thousands of people employed by on-premises establishments in Ohio. Cocktails to-go has become a much needed lifeline for struggling on-premise locations and has now been approved in over 30 states across the country with New Jersey, Illinois, Delaware, Massachusetts and Iowa becoming the most recent states whose legislatures have passed legislation to extend this much-needed business-friendly measure.”

Currently more than 30 states plus Washington, D.C., allow cocktails to-go from restaurants and bars, bottled spirits to-go, or both. Most of these measures were passed earlier during the pandemic when restaurants were struggling to get by on reduced revenues on lockdown.

Related: How to make takeout and delivery cocktails work for your restaurant

DeWine also loosened restrictions on restaurants, bars and catering facilities on Wednesday, and the state now allows self-serve stations (including buffets), catering facilities are open to events up to 300 people, and restaurants and bars are now allowed to run entertainment like live music and video games, as long as they are in adherence with social distancing guidelines. The order went into effect on Thursday.