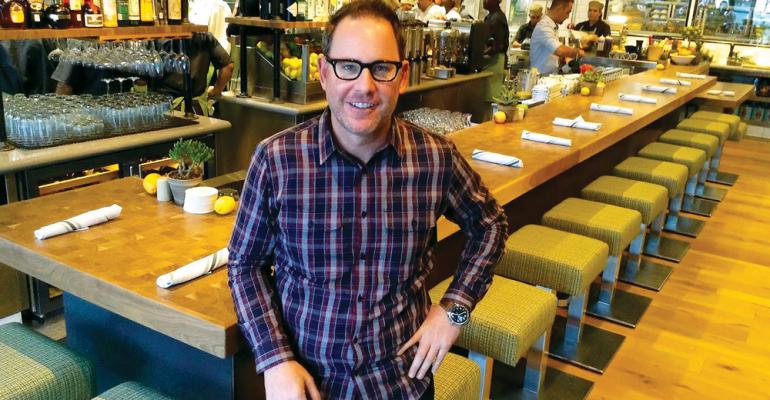 Fox creates new restaurants, cranks up their operations and then catches the eye of investors or buyers. His success lies in keeping his eye trained on where consumers are headed — not just where they are now.

True Food Kitchen now has its own CEO and will operate as a standalone company.

In 2002, Fox created the casual-dining concept North Italia, which has nine units. In 2014, he launched the fast-casual Flower Child brand, now at five units. In November, both concepts drew a minority investment from Calabasas Hills, Calif.-based The Cheesecake Factory Inc.

Fox and his concepts have been recognized for excellence on both the business and culinary sides. In 2014, Fox was honored with the Richard Melman Award by Restaurant Hospitality for his work as an innovator.

The same year, True Food Kitchen won a MenuMasters Award from Nation’s Restaurant News for its innovative and healthful cuisine.

Most recently, Flower Child was named a 2016 Breakout Brand by NRN, as a cutting-edge concept poised to influence the industry.