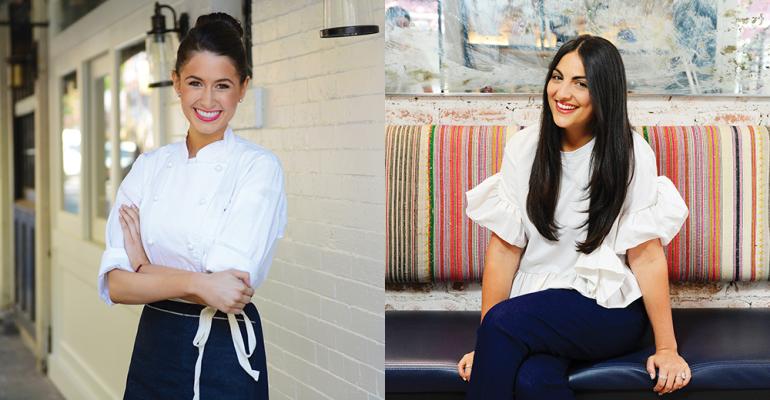 Chloe Coscarelli and Samantha Wasser, partners in the rising vegan chain By Chloe, are taking plant-based meals to the mainstream.

Coscarelli, a longtime vegan and winner of the Food Network’s “Cupcake Wars,” was driven by the idea that if done right, healthful, plant-based food can have appeal beyond the small group of people who identify as vegetarians.

The chain — which was named a 2016 Breakout Brand by Nation’s Restaurant News —  currently has four units in New York City and Los Angeles, with five more to come in New York and Boston.

Last March, By Chloe partnered with Whole Foods Market to open a restaurant inside the grocer’s first 365 store in Los Angeles. The deal promises to expose By Chloe to even more of the health-conscious — but not necessarily vegan consumers — it targets.

While only 3.3 percent of Americans identify as vegan or vegetarian, according to a 2016 Harris Poll, 37 percent say they sometimes or always eat vegan meals when dining out. Those omnivorous consumers spell untapped potential for the chain, Wasser told NRN last year.

“Lots of people eat vegan food, even if they don’t subscribe to the whole vegan lifestyle,” she said.