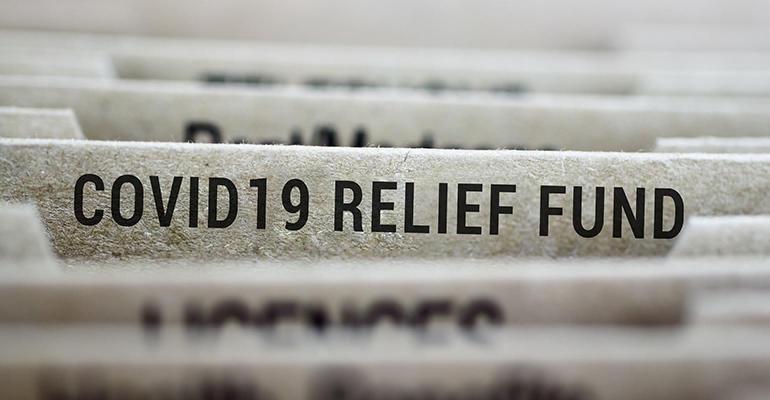 Sens. Schumer and Cardin might introduce restaurant relief as a separate bill: “We’re not giving up”

A second round of restaurant relief will not be included in the omnibus spending bill expected to be voted on by Friday. The rallying cry for a last-ditch effort to include another round of the Restaurant Revitalization Fund in President Biden’s spending package was led by Senate Small Business chair Sen. Benjamin Cardin (D-Maryland) and Sen. Roger Wicker (R-Miss.) in February.

1/2 Senate Small Business Chair @SenatorCardin said restaurant relief week not be in the omnibus. His understanding is GOP leadership objected even though Democrats offered some offsets for the funding.

While the addition of up to $48 billion of restaurant relief to the roughly $1.5 trillion bill was allegedly halted by a few Republican Congressional naysayers, according to CNN correspondent Manu Raju, Sen. Cardin told reporters that he’s not giving up:

"I've talked to Senator Schumer already. If we can bring it to the floor as a separate bill, we might do that. We're not giving up," Cardin said.

This is yet another blow to the restaurant industry, as 177,000 eligible operator applications remain in the balance after the U.S. Small Business Administration halted RRF relief payments to previously approved applicants last June following a contentious discrimination lawsuit, and quickly ran out of funds.

Related: Another round of the Restaurant Revitalization Fund is looking less likely

“Today’s news that Congress is walking away from the RRF is a gut punch to the 177,000 restaurants who now have some incredibly difficult decisions ahead of them,” Sean Kennedy executive vice president of the National Restaurant Association said in a statement. “The pandemic is over for much of the economy, but small business restaurant owners have taken two steps back with every variant. We will continue to pursue an all-of-the-above agenda to rebuild and advance the nation’s second-largest private employer.”

While a separate bill either for restaurant relief or small businesses in general is possible, it’s not known how large the fund would be, or when it would be introduced.

The text of the omnibus spending bill — which is expected to include $12 billion in emergency aid for Ukraine and $15 billion for COVID relief and testing tools — will be released soon before Congress members cast their vote by Friday.