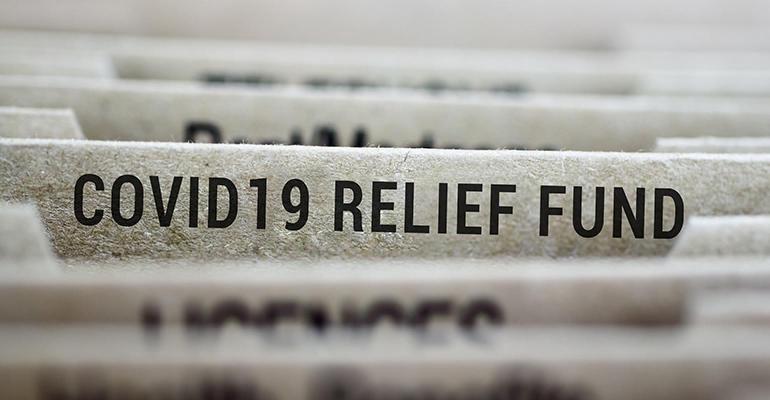 oonal / iStock / Getty Images Plus
Restaurant Revitalization Fund part two might not come for awhile, or it could be significantly diminished in size.
News>Independent Restaurants

Another round of the Restaurant Revitalization Fund is looking less likely

“There might be something small for restaurants. But the economy is booming,” a senior White House official said

Seven months after Congress first introduced the Restaurant Revitalization Fund replenishment, it looks like restaurants might have a lot longer to wait for emergency financial aid, if it comes at all. In recent media interviews and press conferences, the White House made it clear that the Biden administration is looking to the future and focusing on moving on from the government-assistant portion of pandemic recovery.

When asked by CNN if the presidential administration is looking to pass any further stimulus packages, a senior Biden administration official said, "No. There might be something small for restaurants. But the economy is booming, there are millions of open jobs, and we do not believe people should be sitting at home if they are vaccinated and boosted, as most adults are.”

He did leave the possibility of further aid open, pending any changes to the current economic climate at this point in the pandemic, but White House press secretary Jen Psaki reiterated the same point during a press conference on Wednesday.

"We did a major relief package that included helping restaurants just last year,” she told reporters. “We are in constant discussions with Congress and leadership about the needs of the American people, whether they are small businesses or restaurants or people sitting in their homes, as we continue to fight the pandemic, but we don't have any new prediction of new pending requests or specific requests and wouldn't predict that at this moment in time."

In June 2021, the Restaurant Revitalization Fund Replenishment Act of 2021 was introduced as a $60 billion piece of legislation in a bipartisan effort by Sens. Kyrsten Sinema (D-AZ) and Roger Wicker (R-MS) and Reps. Earl Blumenauer (D-PA) and Brian Fitzpatrick (R-PA), which would more than double the first round of restaurant relief distributed in May.

In July, Republican Congressman and ranking member of the House Committee on Small Business, Blaine Luetkemeyer, introduced similar legislation — the ENTRÉE Act — that would also add $60 billion funds to the Restaurant Revitalization Fund, with funding provided by unspent EIDLs and funds from Biden’s American Rescue Plan. Then, in August just before Congress went on recess, another group of lawmakers, including Senate Majority Leader Chuck Schumer (D-N.Y.), introduced legislation to add $48 billion in emergency funding to the depleted Restaurant Revitalization Fund.

Additionally, many operators that were promised funds never received them were canceled due to the outcome of anti-discrimination lawsuits against the U.S. Small Business Administration for prioritizing specific groups first in the first weeks of restaurant relief funding.

Since then restaurant operators had hoped that one of the three proposed pieces of legislation would be passed by Congress to help struggling restaurants.

David Nayfeld, owner of Che Fico in San Francisco and Independent Restaurant Coalition board member, is terrified he will have to close his doors.

“The Biden administration and Congress all want to spread this narrative that the economy is booming,” Nayfeld said. “That may be true if you’re in the stock market, but people like me aren’t in the stock market—We put money into our bank accounts and then we pay other people so they can spend money on groceries.”

He does not think that the first round of restaurant relief was nearly enough to get the restaurant industry back on its feet, especially during the current labor crisis:

“We’re asking for $120 billion dollars to save an entire industry,” Nayfeld said. “They give us $28 billion and they say it’s a down payment. Well, now you have to pay the rest of your tab.”