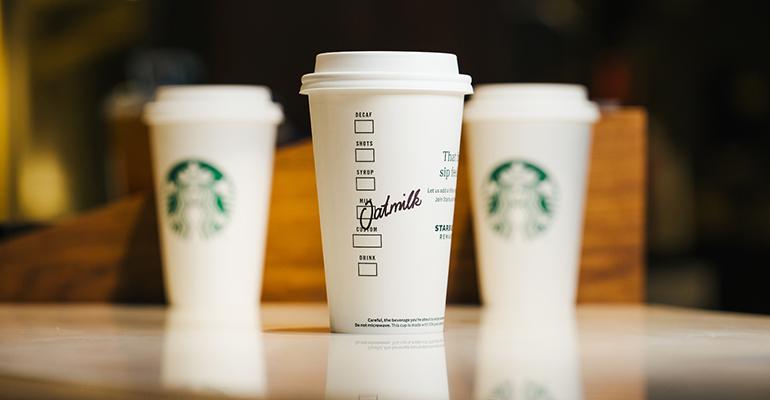 With the rise of vegan meat alternatives, restaurant chains are scrambling to release animal product-free menu items, and Starbucks is no exception. Although the coffee chain offered dairy-free customizations of most of its drinks before, this is the first time nondairy beverages have made it onto the permanent menu board.

Starbucks first introduced oat milk — the new trendy milk alternative that has seemingly supplanted almond milk in popularity — to select Starbucks Reserve stores and Starbucks Princi Bakeries in March 2019. Later this month, when oat milk comes to 1,300 stores in Illinois, Indiana, Iowa, Michigan, Minnesota, Missouri and Wisconsin. it will be the first major Starbucks market for the nondairy alternative milk.

Before oat milk was introduced earlier this year, Starbucks added coconut milk to menus in 2014, with almond milk following soon after in 2016. Before these milk alternative options, soymilk was the only dairy-free milk on the menu.

Related: Why Starbucks chose Chicago for its largest Roastery in the world

This is not the first time Starbucks has introduced a vegan drink to its menu: In 2018 they added a plant-based, protein-blended cold brew drink as a limited time offer.

Starbucks did not comment on when oat milk would be expanded to more Starbucks stores.