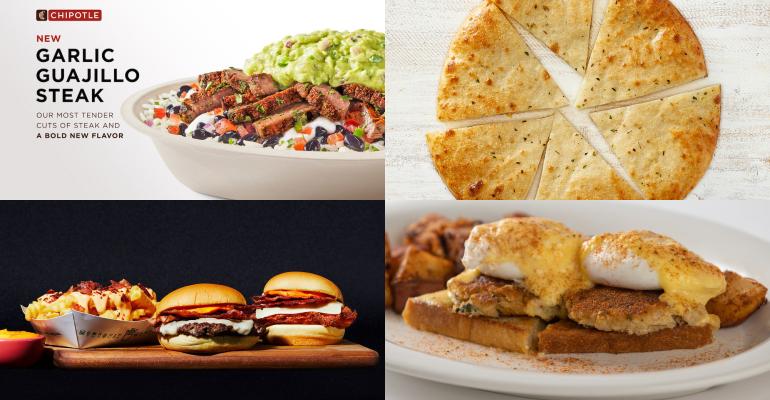 Philadelphia has been the birthplace of many famous people, living and dead, including Benjamin Franklin, Grace Kelly, Kobe Bryant, Kevin Bacon, Billie Holiday, and many, many more. However, one of The City of Brotherly Love’s most beloved native sons, Rocky Balboa, wasn’t born there, or anywhere, because he’s fictional.

Nonetheless, Philadelphia-born fast-casual chain Honeygrow has seen fit to name a dish for the Sylvester Stallone character, or rather something that he said. It’s a sausage-and-pepper stir-fry called Yo, Adrian!

In other unexpected news, Shake Shack is teaming up with the YouTube series Hot Ones for some menu items that sound too hot for normal people to eat, and Blank Street Coffee is adding Mike’s Hot Honey to a latte.

Eureka! has a Fire Alarm Burger.

There’s a 6-unit chain based in Key West, Fla., called Better than Sex that finally has a chocolate-strawberry cheesecake, and Kung Fu Tea has a drink inspired by Universal Pictures’ Minions: The Rise of Gru.

Lion’s Choice has plant-based meatless balls, MOD Pizza has a pie topped with chicken sausage, and Schlotzsky’s has a pizza topped with nothing at all — it’s just its signature sourdough made into a flatbread.

Wing it On! has a new wing sauce.

O’Charley’s has a seasonal beer, Sprinkles has a cupcake inspired by Mexican candy, Insomnia Cookies has treats inspired by apple pie, and Mountain Mike’s Pizza has baked fries.