/sites/all/themes/penton_subtheme_nrn/images/logos/footer.png
Recent
Recent
Chick-fil-A launches its first merchandise line
Nov 30, 2022
New Sheetz locations in Michigan to open in 2025
Nov 29, 2022
Why customers are willing to pay more for responsible business practices at Just Poké
Nov 29, 2022
Restaurants and robots: Don’t be alarmed
Nov 29, 2022
White Castle, Coca-Cola team up with gamer to create exclusive drink
Nov 29, 2022
Featured
How 21 restaurant companies performed in their most recent quarters
Nov 22, 2022
How eco-friendly Seattle restaurant chain Just Poke is doubling in size in 2022
Nov 17, 2022
In the Mix this week: White Castle’s culture, a CREATE recap, Denver’s restaurant scene and more
Oct 27, 2022
How this emerging brand is planning on nearly quadrupling in size in just one year
Oct 21, 2022
Menu Tracker
brought to you by
Menu 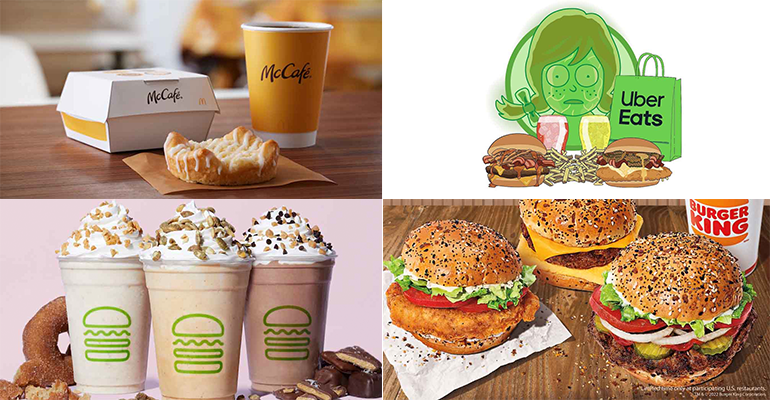 Anyone familiar with the hit Adult Swim series Rick and Morty might think twice about consuming anything claimed to have been conceived in Froopyland, but Wendy’s is betting customers will roll the dice with specials the chain has rolled out in time for the show’s sixth season.

It’s also football season, and Chipotle is capitalizing on that with curated bowls developed in conjunction with Dallas Cowboys current and former wide receivers who all wore the number 88.

McDonald’s has rolled out a cheese Danish, which some of its marketing materials pointed out doesn’t have pumpkin spice, apples, or maple in it but the Golden Arches are rolling it out in the autumn anyway.

Maple has actually been notably scarce so far this season, but not so pumpkin and the spices (cinnamon, nutmeg, cloves, allspice, ginger, etc.) that are associated with it. Chick-fil-A, in an unconventional move, is calling its seasonal treat an Autumn Spice Milkshake. It’s the first seasonal shake the brand has rolled out nationwide in four years.

Burger King is testing items with Everything spice on them (which is to say granulated onion and garlic, poppy and sesame seeds, and salt) in two markets, and Krispy Kreme now has a doughnut-churro hybrid.

Panda Express is launching a plant-based version of its Orange Chicken systemwide after testing it in select markets last year, 7-Eleven has two new types of pizza, and Velvet Taco’s Weekly Taco Feature comes in a pancake.

White Castle, seeing success with the 1921 Slider it launched in the spring, has two new versions of it, Boston Market has a pulled pork sandwich, Insomnia Cookies is selling Cookies ‘N Cream cookies as a back-to-school special for one week only (stay tuned for what’s in store next week), Long John Silver’s has brought back its lobster bites, and Voodoo Doughnut has a sweet-and-salty chocolate-and-peanut butter doughnut.