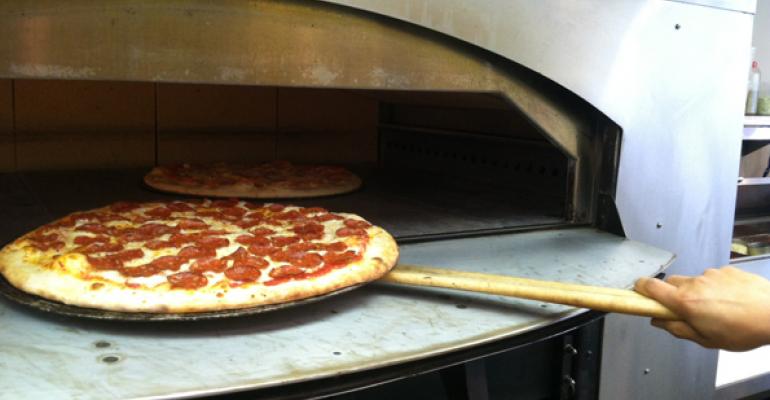 Zpizza uses a deck oven, versus a conveyor oven used at larger chains like Domino's.
News

Zpizza, a 27-year-old, 100-unit fast-casual chain based in Newport Beach, Calif., is targeting customers who want to feel good about the pizza they eat.

The restaurant’s cheese is made with low-fat milk from cattle that haven’t been treated with growth hormones, the pepperoni is nitrate-free, and the flour and tomato sauce are organic.

“We like to say that our customers love feel-good pizza,” said founder Sid Fanarof.

Pronounced “zee pizza” — so-named because of the French background of one of its owners — the chain, which has an average check of around $12, strives to satisfy the cravings of hungry customers while also appealing to “the gourmand that wants great food,” Fanarof said.

What trends do you see in the pizza business?

Pizza trends are really being driven by ovens. 800-degree ovens are operating in the upscale arena where Neapolitan-style pizzas are getting popular.

Those are what I call the knife-and-fork pizzas. They’re thinner, softer, and eaten with a knife and fork in Italy.

Because the crust is softer and more like bread, and sometimes soggy in the center?

Right. But probably 80 to 90 percent of pizzas are now made with the conveyor ovens that are used by the big chains like Domino’s and Little Caesars. They’re faster than the more traditional deck pizzas that were developed for pizzerias on the East Coast. 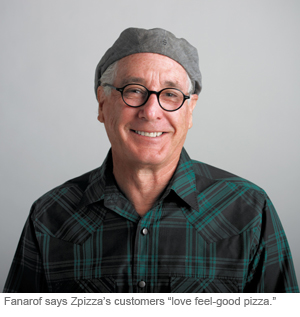 What does Zpizza use?

We use deck ovens, because they make better pizzas. They also have the most flexibility. We do a traditional New York-style pizza, as well as a Neapolitan style.

So you make knife-and-fork pizza, too?

No. Our crust is a little crispier than actual Neapolitan pizza. We bake it longer. Speed is really what’s unique about the Neapolitan oven [which cooks pizza in 90 seconds], and that also has led to new fast-casual pizza places where they make the pizza in front of you, and by the time you’ve paid for it, it’s ready.

If your ‘Neapolitan’ pizza is crispy, how do you distinguish it from New York-style pizza?

They’re currently in a more rustic shape. I think in the near future we may be shifting to a round shape, but with different toppings and lighter dough. That’s something we’re developing.

Are you seeing a lot of fast-casual Neapolitan pizzas in Los Angeles?

We’re seeing more of them. 800 Degrees is the most successful. They’re really going to challenge the traditional pizzas in places like Chicago. They’re a phenomenal concept.

How are you evolving your own brand?

We recognize that people want upscale ingredients, like prosciutto and speck, pecorino, buratta, Brussels sprouts and wild mushrooms. So we’re using all of those. And even though we’re in the flour business, we have a gluten-free pizza as well.

How do you do that?

We have our gluten-free dough made to our spec off site. Then we make them on a sheet of paper and cook them on a totally separate container.

But if they’re cooked in the same oven as the other pizza, is that safe for people with celiac disease?

I would say that if a person were highly celiac, they shouldn’t walk into any pizza restaurant, because there’s flour in the air. But we’re probably good for 90 percent of people who are gluten intolerant.