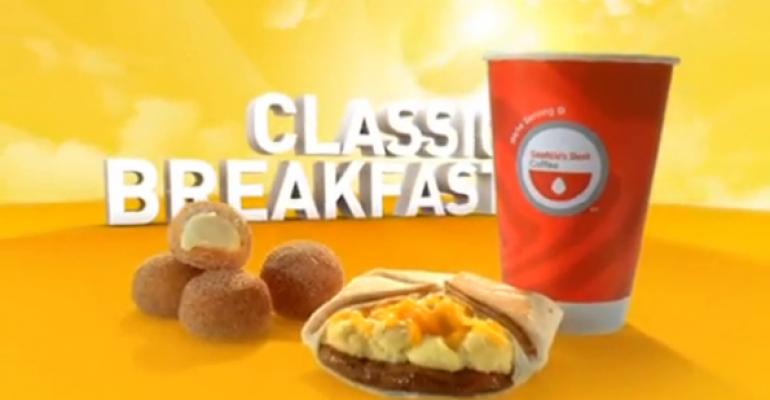 A new breakfast menu at Taco Bell, tips to effective multiunit restaurant managment and an advertisment for McDonald's more healthful Happy Meal were among the videos that grabbed the attention of NRN.com readers in 2012. View those videos and more below, and visit NRN.com's video page for more extensive restaurant industry coverage.

Taco Bell rolled out its breakfast platform called "First Meal" in early 2012. This advertisement for the new menu, which includes breakfast burritos and wraps, was the most popular video of the year on NRN.com.

This animated advertisement from McDonald's promotes the quick-service brand's more healthful Happy Meal, which includes apple slices and kid-size portions of French fries. The new meal was a hit with parents.

With a new advertising agency, CiCi's Pizza rolled out this campaign for its Hog Fest pie topped with crisp bacon, Italian sausage, sliced ham and pepperoni.

Coby Brooks, former CEO of Hooters of America, joined with other former Hooters executives in La Cima Restaurants to develop Twin Peaks units in the Southeast. In this video, Brooks and Randy Dewitt, Twin Peaks' founder, talk about similarities and differences in the two "breastaurant" brands.