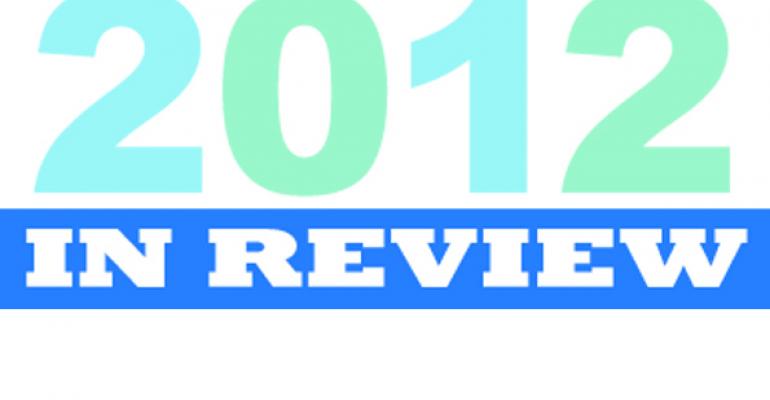 The biggest restaurant industry news of 2012

Some pressing questions were answered during the course of 2012: President Barack Obama was re-elected, and the Supreme Court upheld the individual mandate within the Patient Protection and Affordable Care Act.

But much continued to remain in limbo, with many operators uncertain about the actual impact of heath care reform — and the looming fiscal cliff —  on business. Mother nature added to that uncertainty, as drought continued to wipe out crops, raising commodity costs, and restaurants on the East Coast were devastated by Superstorm Sandy.

Through the chaos, though, many chains continued to roll out new menu items and marketing campaigns, and some major restaurant acquisitions occurred.

Here's a look at how these events and others affecting the restaurant industry played out over the course of the year. 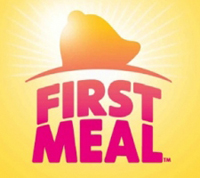 Taco Bell kicked off a busy year in January when it commenced the long-anticipated rollout of its breakfast platform, “First Meal.” The brand’s ambitious morning menu featured 11 new items including four types of breakfast burritos, a sausage and egg wrap, a grilled item similar to the Crunchwrap Supreme, a crispy hash brown patty, and Cinnabon Delights. The Irvine, Calif.-based chain also began testing its new Cantina menu, which includes several higher quality options developed together with chef Lorena Garcia. Later in the year Taco Bell debuted its Doritos Locos Tacos, which features a shell made of nacho cheese-flavored Doritos.

Landry’s Inc. continued a buying spree in 2012, as reflected in the purchase of McCormick & Schmick’s Seafood Restaurants Inc., in January and Morton’s Restaurant Group Inc., in February. Landry’s acquired the 80-unit seafood specialist for $131.6 million and then purchased the 70-unit luxury steakhouse chain for $116.6 million a month or so later. In February Landry’s also announced a $60 million development on the Pleasure Pier in Galveston Island, Texas. Landry’s also owns Rainforest Café, Saltgrass Steak House, Claim Jumper, Oceanaire and The Chart House. 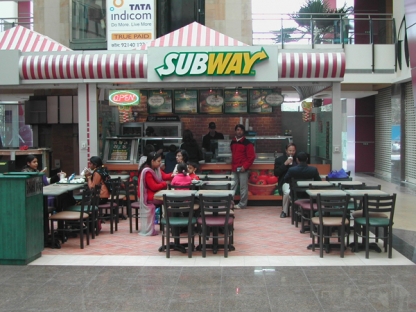 A research note penned in February by Sara Senatore, securities analyst for Bernstein Research, declared that rapidly growing India could soon surpass China as the top overseas market for Western QSR chains — a trend reflected in strategic moves by several major U.S. restaurant brands. McDonald’s and Yum! Brands said they would intensify their expansion throughout the subcontinent, while Starbucks and Dunkin’ Donuts revealed plans to open their first locations there later in the year. Meanwhile, Baskin-Robbins, Domino’s Pizza and Subway continued to deepen their roots in India. Subway opened four strictly vegetarian outlets this year and McDonald’s also announced its intention to explore all-vegetarian locations there.

In March McDonald’s announced the June 30 retirement of longtime executive Jim Skinner (pictured right) from his posts as vice chairman and chief executive of the Oak Brook, Ill.-based chain. Skinner, who had been with McDonald’s for 41 years and served as CEO since 2004, was succeeded by the chain’s current president and chief operating officer Don Thompson. Skinner took the reins following the deaths of two predecessors, Charlie Bell and Jim Cantalupo. During his tenure McDonald’s implemented its Plan to Win, which has been credited with turning around sales and establishing McDonald’s as one of the most successful restaurant chains in the world. The company would slip later in 2012 when global economic headwinds impacted monthly same-store sales, which fell 1.8 percent in October — the first decrease since April 2003.

The year was a busy one for Burger King. The Miami-based QSR chain rolled out the largest menu expansion in its 58-year history, adding about 10 new items to BK menu’s across the country. The new items included premium Garden Fresh salads, snack wrap sandwiches, fruit smoothies, chicken strips and frappe drinks. While observers noted that QSR competitors already offered such items, a BK spokesman said the new selections were a response to consumer demand. Then in June Burger King plunged back into the stock market following the closure of a reverse merger with Justice Holdings Ltd. BK’s new parent company, Burger King Worldwide Inc., began trading on the New York Stock Exchange under the ticker BKW, opening at $14.50 per share. 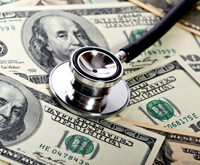 The U.S. Supreme Court dealt a blow to opponents of President Obama’s sweeping health care act when, by a narrow margin, the judges upheld the constitutionality of the central element of the Affordable Care Act. The justices ruled by a historic vote of 5 to 4 in favor of the law’s individual mandate, which requires that all Americans purchase health insurance. Many restaurant operators and association executives had hoped the court would overturn the law, arguing that associated costs would slice into earnings, brake growth and force businesses to raise prices and eliminate jobs.

In an effort to help address the nation’s increasing health and obesity problems, New York City Mayor Michael Bloomberg introduced a proposal to establish a 16-ounce size limit on sugary beverages served at restaurants and other businesses in the five boroughs. The beverage ban, which was passed by the city’s board of health in September, established New York as the first jurisdiction in the nation to limit the sale of large, sugar-sweetened drinks. In October the National Restaurant Association and other trade groups responded by filing a lawsuit to block the implementation of the law before it takes effect next year. 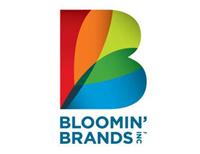 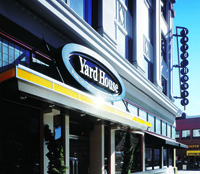 Superstorm Sandy slammed into the East Coast Oct. 29, causing extensive power outages, widespread flooding, leaving billions of dollars in damages and contributing to at least 85 fatalities in the United States. But while restaurateurs across the Northeast and Mid-Atlantic states struggled to recover in the wake of the powerfully destructive hurricane, they also mobilized to do what they do best — feed the hungry. Chains and independents alike — even those hobbled by the historic storm — opened their kitchens to affected customers and emergency workers as well as raised funds for relief efforts such as the Red Cross.

NOVEMBER
Many in the restaurant industry saw a victory by Gov. Mitt Romney and other Republican candidates in the Nov. 6 elections as their last, best hope to overturn President Obama’s Affordable Care Act and head off what they consider to be onerous costs associated with the law’s implementation. However, a decisive victory by Obama coupled with the Democrats retaining their majority in the Senate and picking up additional seats in the House largely ensured the ACA would be implemented as it stood. Federal menu labeling, which passed as a provision of the ACA, also is expected to take effect in 2013. 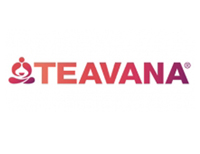 Coffeehouse giant Starbucks blazed a deeper path into the $40 billion global tea marketplace with the acquisition of Atlanta-based Teavana Holdings Inc. The Seattle-based coffee company agreed to pay about $620 million in cash for the mall-based retail tea store chain. Starbucks already owns Tazo Tea, which generates revenues of some $1.4 billion annually though the sale of tea in its coffeehouse outlets and consumer packaged goods channels. Starbucks also announced plans to open its first Tazo Tea concept this year. The nearly 300-unit Teavana was founded by Andrew Mack in 1997. He will remain Teavana’s chief executive.

In November Brinker International Inc. said longtime executive Doug Brooks would step down as chief executive and president of the company in January 2013. He will be succeeded by Wyman Roberts, the current president of Brinker’s Chili’s Grill & Bar brand. Brooks will continue to hold the post of chairman through 2013, while Roberts will continue to serve as Chili’s president. Brooks has been with Chili’s and Brinker for 35 years, during which time the company grew to 1,585 restaurants generating $2.8 billion in annual revenue. 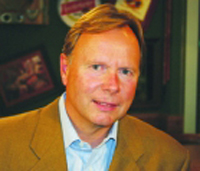 Ruby Tuesday’s chairman, chief executive and president Sandy Beall (pictured left) retired from the casual-dining company he founded 40 years ago. James. J.J. Buettgen, formerly senior vice president and chief marketing officer at Darden Restaurants Inc., succeeded him as president and chief executive.  Beall opened the first Ruby Tuesday in Knoxville, Tenn., in 1972. He expanded the chain to 16 locations by 1982, when it was purchased by cafeteria operator Morrison Restaurants Inc. Beall remained with the company and by the time Morrison sold the chain in 1996, Beall had grown it to more than 300 units. Today, Ruby Tuesday operates 712 company-owned restaurants and franchises 78 more.