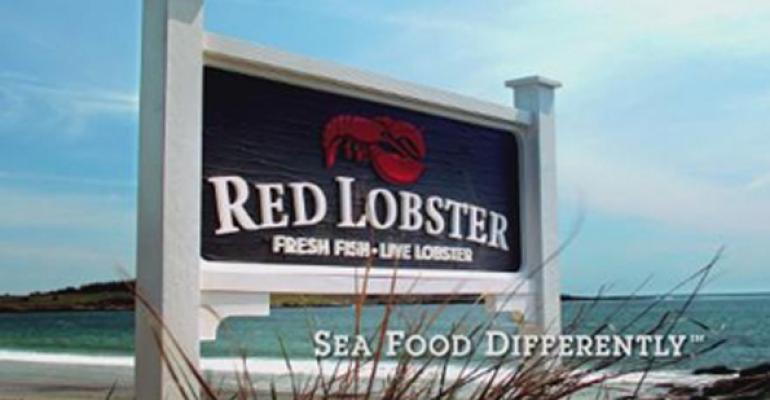 Menu changes focus on non-seafood options and meals under $15

Red Lobster is rolling out a new menu on Oct. 15 that includes more non-seafood meal options, more pieces of fresh fish, and more items that cost less than $15.

Darden Restaurants’ president and chief operating officer Andrew Madsen called the menu change “the most comprehensive core menu change at the brand in the last decade," during a call with analysts in late September.

Fifteen of the menus items will be called Maine Stays, which are permanent menu additions that cost $15 or less.

“It’s just a natural progression of how we’re trying to grow our business,” said Michael LaDuke, executive chef at Red Lobster. “We’re listening to customers. We want to give them more opportunities and more reason to come into the restaurant.”

The new menu features Red Lobster’s first-ever pork chops, which LaDuke said is one of his favorite additions. Other new items include Tilapia with Roasted Vegetables, seasoned and roasted in a parchment bag with white wine and rice pilaf for $14.99; Wood-Grilled Chicken with Portobello Wine Sauce, served with mashed potatoes for $12.99; and Island-Grilled Mahi-Mahi and Shrimp, which is wood-grilled and brushed with papaya barbecue sauce for $17.75.

The goal was to create more “destination items” that weren’t Red Lobster’s traditional lobster tail or crab legs dinners, he said. “We’ve also enhanced our steak section by putting a blue cheese crust on our sirloin,” he said.

The menu will also feature a non-pasta vegetarian item: vegetable skewers served with tortillas and rice, he said.

“We’re adding more choice and variety to the menu, and we’re going after the ‘veto’ vote for people who don’t want seafood every time they come in,” LaDuke said.

Adding more affordable options was also a key component to the new menu, he said. The menu now has 50 percent more items that cost fewer than $15. Sixty percent of the menu items, overall, are priced lower than $15, he said.

“We do a great job in our menu all across the board price wise,” he said. “We wanted to make sure we put a focus now on the bottom end of that price range.”

The goal is to get customers to return to the restaurant more frequently, he said.

“I think this is a game changer for Red Lobster,” LaDuke said.

Editor's Note: This article has been changed to reflect that the menu includes a pork chops menu item, as well as 50 percent more items that cost fewer than $15.