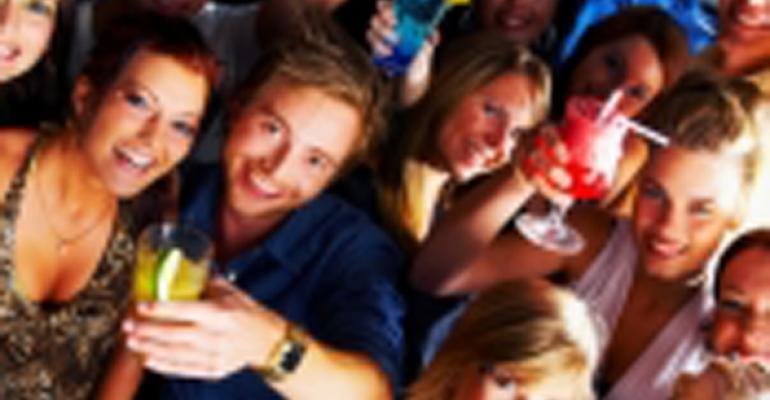 By 2018, all the young consumers in the Millennial demographic group will be of legal drinking age, but the cohort already is having a significant effect on alcoholic beverage trends in the restaurant industry, according to new research from Technomic.

“Millennials are absolutely driving some of the biggest trends in adult beverage and will continue to do so for the next few years,” David Henkes, Technomic’s vice president and leader of its adult beverage practice, said in a statement. “We do see, however, that this is not a homogeneous group. Due to its sheer size and inherent diversity, beverage professionals from suppliers and marketers to retailers and restaurateurs must be very strategic in engaging Millennials in terms of adult beverage occasions and consumption.”

Millennial customers are also frequent drinkers, according to Technomic’s findings. Eight in 10 survey respondents reported that they had consumed an alcoholic beverage in a bar or restaurant in the past week, while nine in 10 reported drinking one at home in the past week. This group also reported being more adventurous in drink choices and more likely to try a new drink — at either restaurants and bars or at home — than older consumers.

When it comes to paying for alcohol, half of Millennial survey respondents said price and variety were much more or somewhat more important for drinks consumed away from home than for drinks consumed at home. Younger Millennials reported being more price-conscious than their peers just a few years older, according to Technomic.

Several full-service and fast-casual chains have moved recently to capitalize on popular beverage trends resulting from demand from Millennials, either through happy-hour promotions or expansions of bar offerings.

Roy’s Hawaiian Fusion, for example, runs a happy hour from 4:30 p.m. to 7 p.m. where the appetizers, wines and island-theme mixed drinks all revolve around the $5 price point. P.F. Chang’s China Bistro keeps several of its signature cocktails, like the Dragon Martini, around $6.

For several high-end steakhouses, driving traffic to the bar was a way to salvage sales during the recession, when typical business-account dining was pared back severely. Even in the recovery environment, however, several of these restaurants still emphasize their bars, particularly as a way to lure younger diners like Millennials.

Casual dinnerhouses have also announced plans to build more alcohol sales. This can be seen in initiatives such as the one at Chili’s Grill & Bar to increase bar team training and introduce new drinks and marketing and the hiring of master mixologist Donna Ruch at Red Robin Gourmet Burgers. And as part of its new Please Let Us Serve format being tested in five locations, Noodles & Co. is expanding its craft beer and wine selection.

Beef ‘O’ Brady’s also will look to offer more craft beers and wine, but much of those incremental offerings would take place at its newly acquired Brass Tap concept, which has three locations currently. Beef ‘O’ Brady’s plans to open three franchised locations of Brass Tap by the first quarter of 2013.

The "Special Trends in Adult Beverage (TAB) Report: Millennial Consumer Insights," is based on a survey of 2,000 consumers and is part of the Technomic adult beverage database.