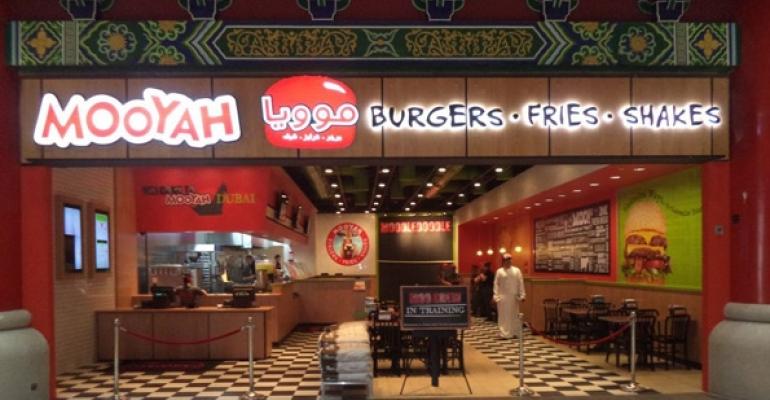 Mooyah Burgers, Fries & Shakes has opened its first international restaurant in Dubai that is among several planned for the Middle East.

The new unit in Dubai’s Ibn Battuta Mall, opened on Sept. 1, is the first of 10 restaurants AWGAL Investments has agreed to open with Dallas-based Mooyah’s development partner in the United Arab Emirates, Menafex LLC.

“As we come off the heels of our 50th restaurant opening in the U.S., there is no better time than now to expand internationally," Mooyah chief executive and president Bill Spae said in a statement.

Mooyah said it also plans to open units in Bahrain, Kuwait and Qatar before the end of the year. Those developments are also through Menafex.

AWGAL chief executive Zubair A. Razzaq said, “The great quality of the food, fun, family nature of the restaurant and regionally-based Mooyah operations team were the driving influences behind our decision to partner with Mooyah."

In the past several years, better-burger chains, including Shake Shack, Steak ‘n Shake and Fatburger, have found eager partners to expand their franchises into the Middle East.

Besides the Middle East, Mooyah said it is working on developments in Canada and Latin America.