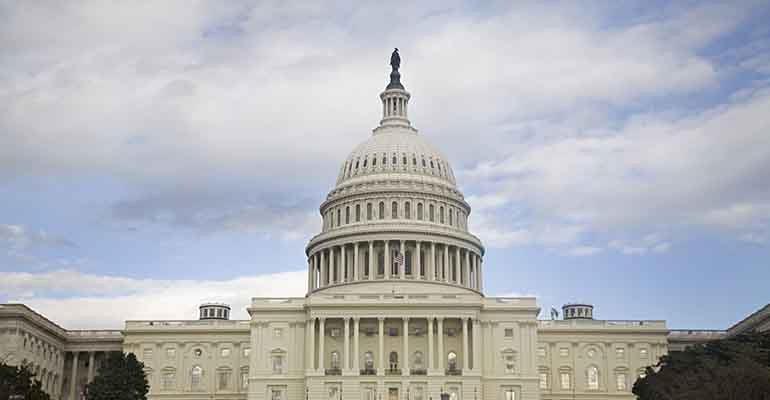 The House voted yes on a bill Thursday that would fund every operator that originally applied for the Restaurant Revitalization Fund. The Senate vote is next.

The U.S. House of Representatives voted yes on a bill Thursday that would provide $42 billion in relief to foodservice businesses that originally applied for the Restaurant Revitalization Fund, and an additional $13 billion to other businesses that were hit hard during the pandemic, including live event venues, gyms, and sports teams. The Senate will soon vote on a similar bill before the Restaurant Revitalization Fund replenishment becomes reality, but will not take up the vote next week, according to Sen. Majority Leader Chuck Schumer.

The House bill, which was coauthored by Rep. Earl Blumenauer (D-Ore.) would serve as a vehicle for accompanying Senate legislation, which would also help fund or extend funding for other hard-hit businesses like theaters and transportation contractors. The legislation would be enough to cover grants requested by the restaurants and bars that applied for the Restaurant Revitalization Fund during the first round of relief last May, of which only one-third of applicants were funded. According to Rep. Blumenauer, businesses will not need to apply again if the legislation passes this time.

“The independent restaurant is the foundation of a livable community,” Blumenauer told Nation’s Restaurant News. “I’m convinced more than ever that [helping the restaurant community] is going to be essential if we are going to be able to fully recover from the COVID crisis. We need to have these institutions to provide a foundation for our neighborhoods.”

The bill will be partially funded by “all funds recovered, seized, reclaimed, or otherwise returned” from unused monies from 2020 and 2021 pandemic relief programs, including criminals that fraudulently stole “billions” in relief funds meant for small businesses, as outlined by President Biden last month.

During the last round of the Restaurant Revitalization Fund, the U.S. Small Business Administration at first wanted to prioritize businesses owned by women, minorities and veterans, but after a series of discrimination lawsuits, were required to abandon this prioritization. As a result, many businesses that were awarded RRF funding controversially had their grants rescinded.

“This is long overdue,” Blumenauer said. “It broke my heart to hear about the people that has been notified that [their grant request] had been accepted and then they were just cut off.”

The authors of this legislation put safeguards in place to assure the transparency of the funding process, like enhanced auditing requirements to prevent fraud and new requirements to ensure that the SBA will share information on the process to the public.

This is not the first time over the past year that restaurants have gotten their hopes up for a restaurant relief refill.

But starting in January, the White House began casting doubts that any of these pieces of legislation would ever get passed, stating that the Biden administration is “looking to the future” as the economy is booming. In February, a bipartisan group of Senators tried to small business financial assistance bill to attach to President Biden’s omnibus spending package, which would be only available to restaurant and bar operators that had previously applied for relief in 2021. However, in March Senate Small Business chair Ben Cardin (D-Maryland) confirmed that restaurant relief had been dropped from the Congressional omnibus spending bill.

“There has been a lot of moving pieces,” Blumenauer said. “It shouldn’t be this hard, especially as we’re paying for this with resources returned from people who were inappropriately compensated. […] The level of dissention and controversy has been indescribable, and I thought that the restaurants were a way to help bring us all together.”

This is a developing story and will be updated with the results of the House vote Thursday.

This story has been updated to reflect the fact that the bill has passed in the U.S. House of Representatives.
TAGS: Finance Coronavirus
0 comments
Hide comments
Related
Sponsored