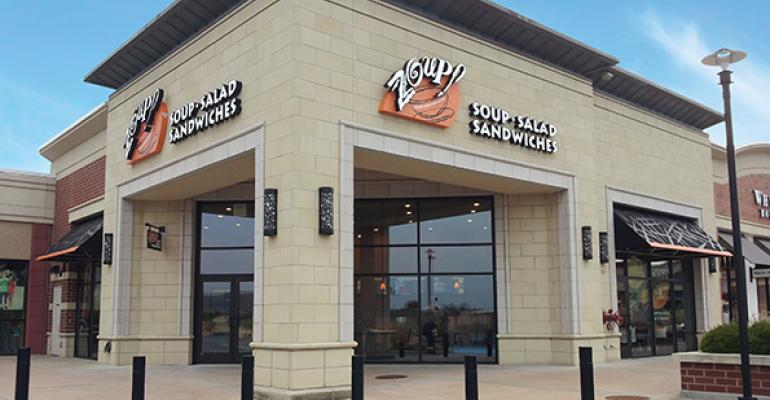 &ldquo;If you want quality people, they need to be making a real wage so they can afford rent and food and afford to live.&rdquo;

With many states and local jurisdictions raising the minimum wage at the beginning of the year, multi-unit restaurant companies and franchisors are dealing with those higher costs.

Richard Simtob, president of Southfield, Mich.-based Zoup! Fresh Soup Co. LLC, has taken a contrarian view by embracing wage increases for many workers at the quick-service concept’s two company locations and the 85 franchised units in the United States and Canada.

Simtob, who joined Zoup! as president in 2009, talked with Nation’s Restaurant News about his views on the minimum wage and how the company, which plans to have more than 100 units open by the end of the year, deals with labor pressures at the 17-year-old brand.

How do you see the restaurant industry approaching the minimum wage issue?

A lot of people have been pushing to not have any increases. That’s a bad battle to fight.

How do you and Zoup! approach minimum wage?

We have two company-owned locations and 85 franchised restaurants. Nine of those are in Canada, and the rest are in the U.S. We’re dealing with annual increases and minimum wages in Canada too. It’s an inevitable thing. Canada has been ahead of it. They are already close to $11 an hour now with increases in 2016. We do promote within our franchise network to be paying more than the minimum wage. We do believe that if you are 18 or over, I think minimum wage is very difficult to live at. If you want quality people, they need to be making a real wage so they can afford rent and food and afford to live.

Where do you think the higher minimum wage doesn’t work?

I do have an issue with the minimum wage being raised for people under the age of 18. There are 16-year-olds who want a job, but you can’t pay them $10 or $12 an hour.

You have two units in New York, which has a “fast-food" wage increase for larger, franchised locations. How do you see the situation there?

While l think we as restaurants can embrace minimum wage increases, I do think they should be gradual. I do have an issue with New York because they are planning on making more than a 50-percent increase in minimum wage to just one industry. That’s way too aggressive.

How do you deal with mandated minimum wages in jurisdictions where they are being raised?

For several years, there were no changes in minimum wage. We were having to pay above that to get quality people. In Michigan, we’ve had two increases in the last two years, and we hadn’t had one in years. It’s like the minimum wage increases are catching up to what we are currently paying. We’re even looking to pay more to get quality people. We do recognize it’s hard to live on $9 an hour.

What do you hear among your restaurant industry peers about how they are dealing with the wage pressures?

I’m hearing a lot of the “Let’s get rid of people,” “We have to automate ordering,” “We have to figure out how to reduce service.” I think there are options for online and kiosk ordering that we have available. But I believe we have to restructure our business. We have to get better people that we can pay more to be more efficient. And we can take small price increases and still run a successful business. Trying to keep minimum wages low is a losing battle that we are not going to win.

How do you address these minimum wage pressures in a positive way?

We have to embrace them. Once the decision is made and it’s official, we’re on the same playing field. We’re all going to have to do it. We have to look at the schedules, the pricing, the product and reevaluate how to compete in that environment and offer the consumers what they want.

Does Zoup! have advantages?

We are fortunate. We are not like fast food with 90 employees. A typical Zoup runs with 12 employees. We’re not as labor-heavy as some other concepts, but we have to adjust and make the changes to operate in this new minimum-wage environment.

What else are you doing to recruit and retain employees?

How about turnover rates?

Once you get people over that 30 hours and they have benefits, it drops tremendously. The 10-hour to 20-hour worker seems to be in and out.

Looking into the year ahead, what concerns you?

We’ll be facing higher interest rates, so growth may slow. The engine of our growth is franchising, and franchising is heavily dependent on people getting business loans.

And how about positive excitement in the business?

New technology. It’s how we can embrace new technology, promote more online ordering so people can pre-order before they walk into the restaurant so they can have their meals waiting for them. Not only does make it easier for the customer, but it saves us time in ringing up an order. We do have online ordering now and think it’s good, but we’ll move to a new platform sometime in the middle of the year. We’re using a third-party company that specializes just in online ordering.