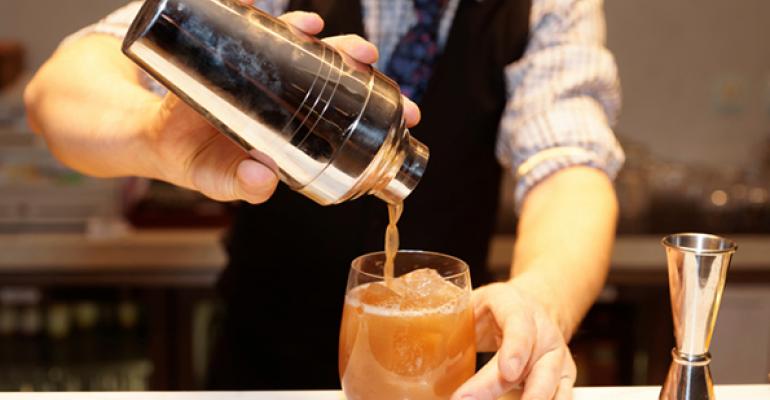 Tapping the talent of the 'beverage geek'

“Bike geeks want to go to the Tour de France. Baseball geeks want to go to Cooperstown. Beer geeks need to go to Cantillon brewery in Belgium to see the copper brewing vat,” said Greg Gallagher, manager of Old Soul Co., a boutique coffee roaster and bakery in Sacramento, Calif., that also runs a number of cafés. “Beverage geeks fill their free time learning, sampling and absorbing the culture behind the drinks. That’s what speaks to them.”

Recognizing beverage talent among your staff and taking the initiative to cultivate that talent will lead to long-term benefits for any operator. Increasingly, many young sommeliers are being sought out by savvy owners to be the face of — and the brains behind — their beverage programs. By tapping this talent pool, operators know they’ll be bringing more value to their business. And for restaurant groups, the role of the corporate beverage director is becoming more commonplace as executives realize the many advantages of having someone in such a role.

Because of this growing need, many people new to the hospitality industry are focusing on their beverage education to define their career path. For them, earning the nickname of “beverage geek” is a point of pride. Seeking those people out and then creating the conditions that foster their passion will enable owners and managers to offer better experiences to their guests, to further develop repeat business, to retain top employees and to increase check averages.

For example, a manager whose restaurant puts a strong focus on selling artisan spirits may want to include questions during the interview process that not only gauge an applicant’s existing knowledge, but that also reveal their overall excitement for the category.

“Hiring someone who is enthusiastic about tea, coffee, wine, beer, spirits, etc., is often a stronger move than hiring someone with just a great body of work on their résumé,” said Jarred Roth, beverage director at Riverpark, a fine-dining restaurant in New York City. “The person without experience but with a hunger to learn is someone more valuable to our management team. Their energy is infectious and when one person gets excited, it becomes a domino effect of enthusiasm amongst our staff.”

Paying close attention to your existing team is key, too, for many budding beverage geeks may just be waiting for the right opportunity to shine, according to Ben Sandler, co-owner of The Queens Kickshaw, which features a high-level coffee, craft beer and cider program, as well as the recently opened Wassail, which is New York City’s first cider-focused bar and restaurant.

“Of your staff, look for who shows up to tastings, how frequently they show up, and what questions they ask. For many it’s just a job, but for others there’s something exciting about the products,” he said. “They inspire and challenge other staff because they become someone to look up to. As an owner, if you want your vision to be carried out, you can't be there 24 hours a day, so you need to activate others to take it to the next level.”

Sandler accomplishes that by providing his staff with educational opportunities —regularly sending them to distributor tastings and beverage-focused seminars, as well as inviting cider makers to visit and personally share their stories with his team.

“If they ask for time off to do something industry-related, by all means, give them the time off, even if it means you have to pick up an extra shift,” Gallagher said. “We have this kid named Nathan who asked to go to the U.S. Latte Art Championship because he’s been really getting into coffee. At some point, you have to give them the freedom to explore it themselves. It’s about seeing the spark in them. It's nearly impossible to instill that in someone that doesn’t have it. And as a manager, it’s key to let it flourish. I sleep easier at night knowing it’s not just a job for Nathan. He truly wants to become a killer barista, and therefore brings a high level of seriousness to his work.”

If you boil it down to their essence, a “geek” wants to be challenged and stimulated, said Roth, who himself changed careers to pursue his interest in wine.

“The way I became hooked on this industry was through education,” he said. “We tasted frequently [and] had daily conversations about wine, beer, food, and pairing. I was always energetic. My energy was picked up by the management team at Hearth Restaurant, and I was given opportunities to run a small part of the beverage program. That kept me trying to be a little bit better every day. Within the year, I was asked to become a manager.”

This excitement translates not only to other staff members, but also to the most important people in your restaurant: the guests.

“If you can get someone excited about something before they buy it, they may spend a few extra dollars on it,” Gallagher said. “For instance, if the clientele know they’re trying something really cool and special, they’re going to order it. It’s no longer just a cup of coffee, it’s the finished product of a family in Nicaragua. They learn the story, and then it’s more than just liquid in a cup; it becomes an experience. And that gets return business.”

Like the growing wisdom of a Jedi knight in training, it's also vitally important to ensure that information is being used for good.

“We have to ensure they’re not intimidating about their knowledge,” said Jennifer Lim, co-owner of The Queens Kickshaw and Wassail. “Cider, for example, is a new category for many guests. We needed to hire someone with a wealth of knowledge that also understands the difference between being a ‘geek’ and a ‘snob’. An intense passion for learning is great, but they need to share it in a way that doesn’t make the guest feel inferior. Dan Pucci is our new cider director. When we interviewed him, he was so humble. Yes, he has an incredible memory of taste and facts, but he’s also very likable and well rounded with a good sense of numbers and profitability. He sets a tone that’s relaxed, and that humility transfers to our team, and therefore to our guests.”

How do you encourage your restaurant or bar staff's passions? Join the conversation in the comments below.

Most diners go out to dinner to enjoy being with their friends and family, and couldn’t care less that their servers can name the Grand Cru vineyards of Burgundy in reverse alphabetical order while balancing wine encyclopedias on their head. Hospitality trumps all, and that focus needs to be the driving force in any guest interaction.

“A lot of the approach is to be as concise as possible,” Roth said. “You can’t go to the table expecting to give a dissertation on beer. They want a few sentences on the product and how it will work with their food. Choose your words. I don’t believe in the upsell, either. I’d rather have them ask for a $60 bottle of wine, end up buying a $50 bottle of wine and have a great time. Most likely, they’ll come back again, and ask for that same employee. That’s success to me.”

And for those guests that do want to peel back the onion layers of the beverage world, the right staff member will be more than happy to oblige.

“The important thing is to have the knowledge available if a guest wants to learn,” Gallagher said. “You get certain people that want to know the flavor profile difference of the Costa Rican bean, the farm it's from, and how it’s made, versus the Sumatran one. We need to be able to answer these questions. Education is part of our culture. If people want to geek out with us, we need to be able to geek out with them.”