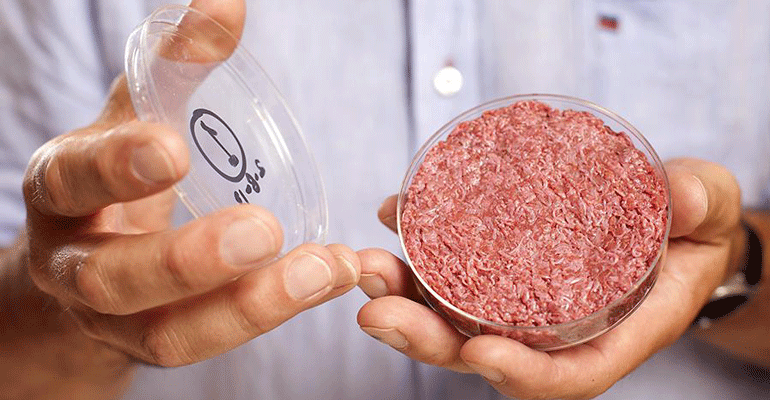 Future of Food: Meat raised in a lab

In the future, meat might be a thing of the past.

Picture beef without cows, pork without pigs, or chicken without, well, chickens.

Universities and startups are investing in ways to grow meat in laboratories, a growing field known as cellular agriculture.

Scientists at Maastricht University in The Netherlands have created cultured beef by painlessly harvesting muscle cells from living cows. The cells are fed and nurtured so they multiply and create muscle tissue, the main component in the meat we eat. Duck à l’Orange is on Memphis Meat’s menu of cultured meats, as well as meatballs and Southern fried chicken.

According to Uma Valeti, co-founder and CEO of San Francisco-based Memphis Meats, which has produced lab versions of chicken, meatballs and duck, demand for meat is growing so quickly that there are not enough resources to meet it.

“We need to completely change the way meat gets to the plate,” he said.

The United Nations’ Food and Agriculture Organization has estimated that demand for meat will rise more than two-thirds in the next 40 years, and the resources and space devoted to raising animals to produce meat will become scarcer. Mark Post, a researcher at Maastricht University, has created hamburger meat in the lab, but said it will be years before we see such products sold in restaurants or supermarkets.

Still, lab-grown meat is on the horizon.

“We really believe this is a significant technological leap for humanity, and an incredible business opportunity — to transform a giant global industry while contributing to solving some of the most urgent sustainability issues of our time,” Valeti said.