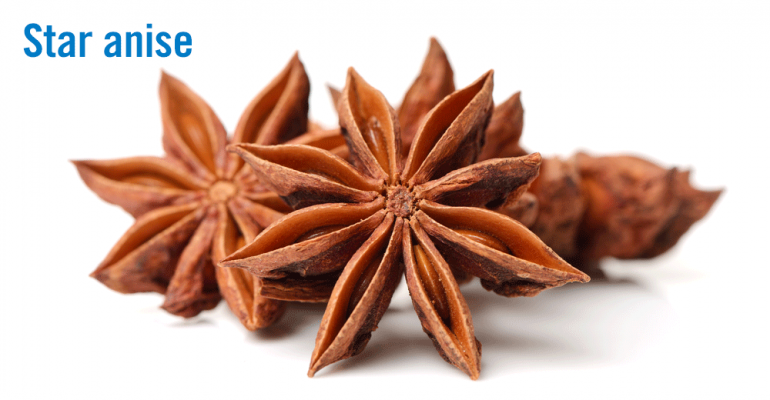 Star anise is a dried, eight-pointed star-shaped seed pod harvested from a tree native to China and Vietnam. The spice has a taste similar to the licorice flavor of the regular anise seed. Star anise is an important ingredient in biryani, pho and the Chinese five-spice mix, but can also be used in holiday desserts and drinks. Though awareness of star anise is low across all demographics, it has grown on U.S. menus by 97 percent over the past four years.