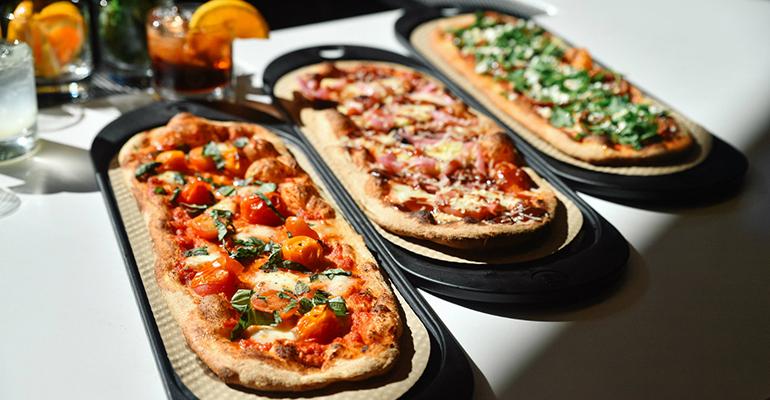 Michael Lastoria — CEO and founder of &pizza, a 35-unit, Washington, D.C.-based pizza chain known for its oblong pies with trendy toppings — does not want his employees to email HR if they have a question about their job. He also does not want customers to go the traditional route of filling out a form email if they have a comment.

&pizza, which launched in 2012 with a distinctly youthful, counter-culture company brand — about 20 percent of employees have the chain’s ampersand logo tattooed on their body — switched to text-only internal communications for all 750 of its employees one year ago.

Lastoria shares his personal phone number with each employee, or “tribe member” as he calls them, and spends much of his day facilitating one-on-one conversations with employees, from questions about company policies to career advice.

“Everyone has a voice, those voices are heard, and we make changes,” Lastoria said. “The last 90 days we have implemented 10 new policies based on conversations via text message.”

Lastoria said that his employees have been “surprisingly responsible” with this privilege and very few take advantage of knowing their CEO’s personal phone number. 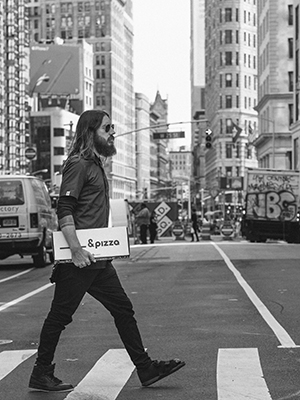 Lastoria, left, has fast-tracked his brand for expansion, planning to double in size over the next 18 months, starting with a store opening in Boston’s Harvard Square by the end of January. &pizza’s expansion plan will be largely financed by three large investor groups, most notably, Stephen Ross, a real estate developer who is the majority owner of the Miami Dolphins and who founded the Related Companies, the real estate development company behind the upcoming Hudson Yards project in New York City.

“As you expand, there’s usually more and more distance between those making the decisions and employees,” Lastoria said. “But our tribe members know much more than people sitting around in a board room. If you’re in the board room, you’re probably pretty disconnected from people working for hourly wages.”

He said &pizza’s texting-only form of communication has “truly democratized” the decision-making process about everything from hours of operation to holiday time, and where to put the company’s resources.

In May 2018, &pizza opened up their texting platform to customers. Although Lastoria won’t hand out his phone number to any pizza lover who walks into one of his stores, they can text comments and questions to a hotline called the Pizza Plug, and their text will be answered within 15 minutes, 9 a.m. to 6 p.m. EST, Monday through Friday, by a communications team member. The hotline itself, however, is open 24/7. 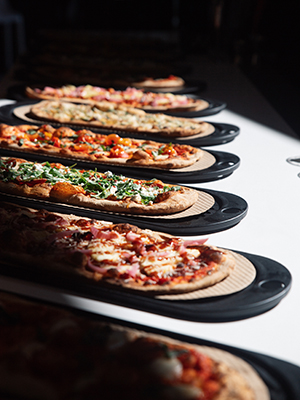 Lastoria called it a “modern version of a call center” and said that he has a massive database of ideas and concepts sent via text message from customers. Although they haven’t implemented any pizza suggestions yet, he is open to doing so in the future.

“This is the beauty of social innovation,” Lastoria said. “Think of how invested people will be in a new menu item if they came up with it or voted on it.”

Nation’s Restaurant News tried texting the Pizza Plug and asked for the hotline operator’s favorite ingredient on the menu. Nine minutes later, we received a response that their favorite ingredient is hot honey, a spicy honey that’s currently featured on a pepperoni, arugula, and goat cheese pizza.

In addition to the Harvard Square restaurant — which is opening in collaboration with Christina Tosi’s Milk Bar — the fast-casual pizzeria has also launched non-customer-facing food trucks in October for the Miami area.

The food trucks act as mobile commissaries for third-party delivery orders, and pizzas are prepared onboard before they are delivered to the customers. If successful, they will expand the trucks to other markets.

“Our finger is more so on the pulse of what’s happening than I would argue any other company out there,” Lastoria said.