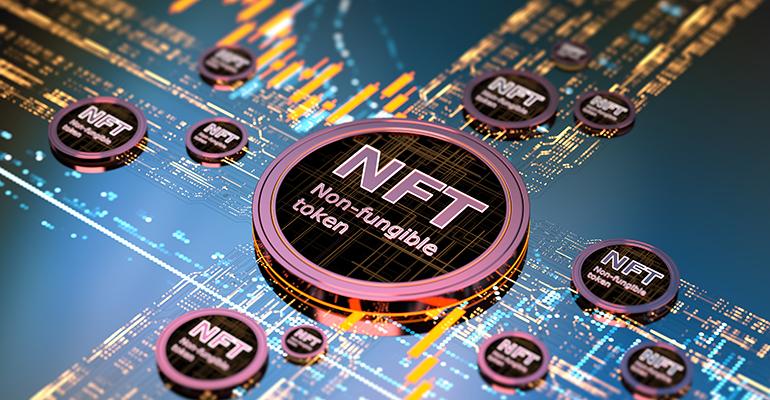 Membership to what is being billed as the world’s first NFT restaurant was officially for sale — or dropped — on Friday.
Finance

The restaurant won’t open until 2023, but membership is for sale for the right price in Ether

Membership to what is being billed as the world’s first NFT restaurant was officially for sale — or dropped — on Friday, trading in cryptocurrency for access to a New York City concept that isn’t scheduled to open until 2023.

Known as Flyfish Club, the seafood-inspired concept is being created by New York-based VCR Group, founded by serial entrepreneur Gary Vaynerchuk with restaurant veterans David Rodolitz, a founding partner of Empellon Restaurant Group who is CEO; along with chief culinary officer Josh Capon, most recently of Lure Fishbar; and executive vice president of operations Conor Hanlon, formerly of NoHo Hospitality.

Though the New York City location has yet to be revealed, Flyfish Club will be operated as a private dining club with iconic views of the city where membership is purchased on the blockchain as a non-fungible token, or NFT, using the cryptocurrency Ethereum. Those tokens can then be leased or resold on the secondary market Opensea.io, which is described as “like eBay,” but for crypto assets.

NFTs have been used in the restaurant world primarily as marketing devices. Most have been some form of digital artwork or other one-of-a-kind creation. In this case, the NFT, or token, is membership that gives access to a restaurant.

On Friday, 1,151 memberships were made available and sold out within the first few hours. Company officials has already sold 350 tokens in a private sale on Dec. 15, and another 1,534 tokens were held in reserve by VCR owners to “further build the brand,” according to the company website.

Two types of membership were offered:  The regular Flyfish Club membership — which lasts for the life of the restaurant and gives the buyer access to the main dining room and cocktail lounge — was initially offered for 2.5 Ether, or roughly $7,900, but the token was trading at 3.9 Ether, or about $12,528, around 5:30 p.m. ET.

A second pricier option is the Omakase membership, which sold initially for 4.25 Ether, or about $13,485, and includes access to an omakase room with an unnamed world-renowned sushi chef. By the end of the day, it was trading at 7.4 Ether, or about $23,771.

At the 10,000-square-foot restaurant — which is not expected to open until 2023 — members will pay for food and drink with the more traditional U.S. dollar, not with cryptocurrency. But the idea is to turn the membership itself into an asset — one that could potentially generate passive income if members lease their NFTs to others for period of time, which is possible, or if they sell for a higher price.

VCR Group operates the restaurant Ito, an omakase-style Japanese restaurant led by Masa Ito and Kevin Kim. It wasn’t clear whether Ito and Kim would be involved in Flyfish Club, and VCR Group officials did not immediately respond to requests for more information.

The NFT drop, meanwhile, was met both with enthusiasm and questions.

What if the #flyfishclub never opens? What happens if it opens and then it sucks? Will it be a for profit restaurant? Restaurants in NYC go out of biz all the time. It's a #gofundmecampaign restaurant using NFT's? @garyvee

Cryptocurrencies are working their way into mainstream finance, and VRC Group is not the only restaurant operator exploring opportunities. Cincinnati-based Wings and Rings this year will accept franchise fees in Bitcoin, for example, and the Starbucks app has integration with the Bakkt digital wallet through which loyalty members can use digital assets to reload their Starbucks cards.