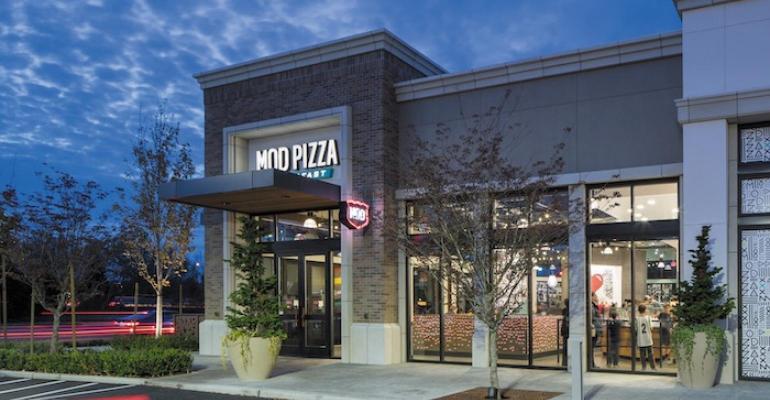 The Seattle-based chain announced it has confidentially submitted a draft registration to the Securities and Exchange Commission for a proposed initial public offering of its common stock. The number of shares and price have not yet been determined, but the IPO will take place after the SEC review, subject to market and other conditions.

Founded in 2008 by Scott and Ally Svenson, MOD — an acronym for Made On Demand — was one of the first in what was once a crowd of fast-casual pizza brands, where guests are invited to choose their toppings as they walk the line and pizzas are baked in minutes in an 800-degree oven.

This year, the brand surpassed 500 units, mostly company owned, though MOD has some multi-unit franchisees. Over the years, the company has grown with the help of equity financing, including $160 million from Clayton, Dubilier & Rice in 2019

MOD has become known for its people-first culture, inclusiveness and promoting from within, which has contributed to a low turnover rate.

The chain sells “Squad Cakes” to raise money for a Bridge Fund, an employee assistance program. The Svensons have long been advocates for hiring the formerly incarcerated and earlier this year announced a partnership with the National Restaurant Association Educational Foundation to support job placement, retention and career advancement for those coming out of the justice system.

The pandemic year wasn’t kind to fast-casual pizza brands like MOD, which were initially built around an order-in-restaurants model. Earlier this year, MOD said it saw a 5% decline in systemwide sales to $461 million for fiscal 2020.

But MOD last year added curbside to-go and third-party delivery, and invested in digital marketing and a loyalty program. In October, the chain rolled out its first national advertising campaign.

It has been a hot year for restaurant company IPOs.  Sweetgreen, Portillo’s, Krispy Kreme, Dutch Bros and First Watch have gone public in 2021.

Fogo Hospitality Inc., the parent of Fogo de Chao churrascaria, in November filed an S-1 with the SEC for a proposed IPO. And Panera Brands also announced plans to return to the public markets through a special purpose acquisition company, or SPAC, led by restaurateur Danny Meyer.

UPDATE: This story has been updated to clarify that MOD Pizza is mostly company owned, though the company does franchise.