25 restaurant and franchisee bankruptcies in 2020 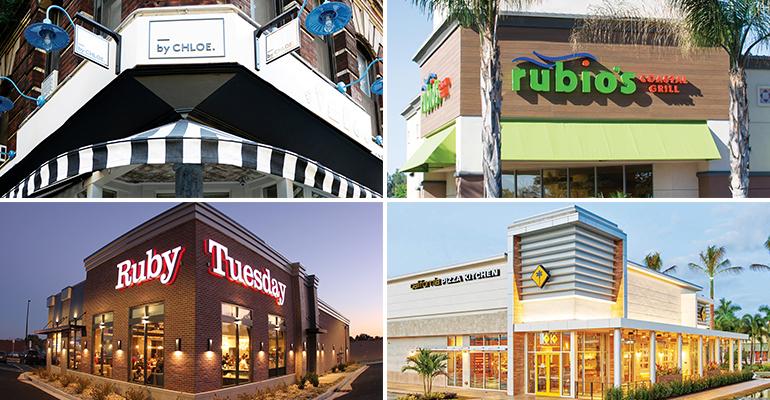 Long-term indoor dining closures devastated the casual-dining industry in 2020, causing many restaurant groups in the sector to declare bankruptcy. Victims ranged from Ruby Tuesday to Sizzler to Souplantation.

While groups like Bloomin’ Brands, Brinker International and Dine Brands were able to expand or branch out into the virtual space, some other casual-dining groups restaurants didn’t survive the coronavirus pandemic as gracefully.

But it wasn’t only casual-dining that took the hit.

Golden Corral and Souplantation – two restaurants that rely heavily on buffet-style dining – struggled heavily this year and the latter declared bankruptcy midway through the pandemic.

Several groups that declared bankruptcy, including Bar Louie, Sustainable Restaurant Holdings, TooJay’s, California Pizza Kitchen and more, were either bought out of bankruptcy or emerged out of Chapter 11 restructuring.

See which restaurant chains and franchisees declared bankruptcy this year.