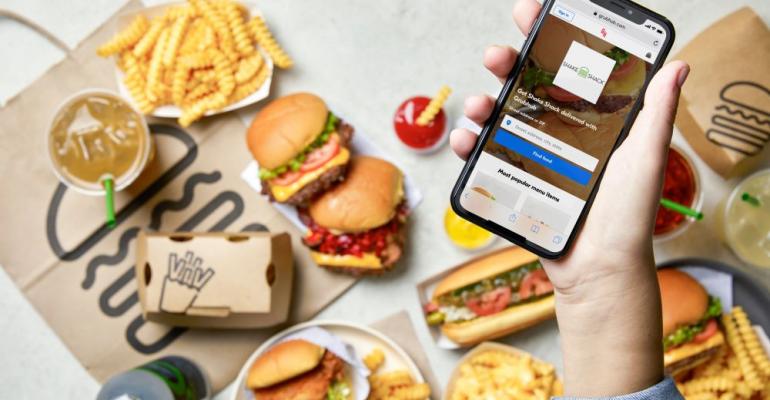 CEO Randy Garutti said it was a tough call to choose a national delivery partner after two years of testing. But Grubhub, one of the top two delivery operators in the U.S. by market share, offered the New York City-based brand a perk it couldn’t refuse: access to consumer data.

The restaurant industry has long complained about the lack of access to crucial consumer buying habits that are often held hostage by third-party delivery companies. Garutti said Grubhub, however, is providing the brand with “guest data insights” that both companies will use to jointly market to customers.

That was “one of the most important considerations” Shake Shack reviewed when choosing a third-party delivery partner, Garutti told investors during the chain's second-quarter conference call Monday afternoon.

The fast-casual burger chain founded by hospitality guru Danny Meyer has been testing various delivery companies for two years including Grubub, DoorDash and Caviar. DoorDash said last week that it intends to buy Caviar for $410 million.

“Delivery is a hard business and we need to do it really well,” Garutti said. “Grub had tremendous performance in our pilots. We were really encouraged by what we saw.”

Four Shake Shack restaurants in New York, Chicago, New Jersey and Connecticut are currently on the Grubhub platform. A gradual nationwide rollout will occur over the next two to three quarters on the Grubhub and Seamless marketplaces. The latter is a Grubhub delivery subsidiary widely used in New York.

Restaurants delivering with Caviar and DoorDash will continue in the near term. However, Garutti said they will be phased out once “we reach mass scale with Grubhub.”

The CEO said the company could expect some “volatility” in delivery sales as it moves consumers off other third-party platforms and over to Grubhub.

The initial rollout will not include native delivery, or delivery of orders processed through Shake Shack’s branded app. Chipotle Mexican Grill, for example, offers delivery through DoorDash and through its own app. Native delivery is an emerging trend because it reduces margin-hurting delivery fees because orders are not originated from a third-party aggregator.

“As far as delivery through our app, we absolutely want to do that over the long term. It's not our first focus right now,” the CEO said.

New Shake Shack stores will be modified next year to accommodate the brand’s delivery push.

New layouts will include separate pickup shelves for delivery and online pickup orders. Tweaked designs will be tested at restaurants opening next year. The goal is to relieve counter congestion generated by large volumes of dine-in and off-premise orders.

“Stay tuned. We’ll be testing a number of different ways to do it,” Garutti said.

So far this year, Shake Shack has opened 21 restaurants bringing its systemwide total to 237. During the second quarter, the company opened its first 24-hour restaurant in New Jersey.

Internationally, the company is betting big on China. On Monday, the company said it has signed a development agreement to open 15 restaurants in the Beijing market over the next 10 years. The deal is with the same developer who operates Shake Shacks in Shanghai and Hong Kong.

Shake Shack reported a 3.6% increase in same-store sales, compared with 1.1% growth in the second quarter last year. The increase was driven, in part, by a 1.3% increase in guest traffic and digital sales including delivery.