In his new position, Tipton, below, who was previously chief operating officer, is responsible for operations as well as overseeing franchise sales and development, real estate, café design and construction, and more. 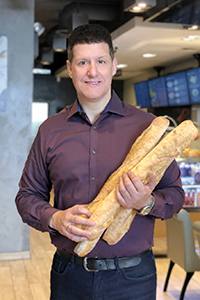 Moran is now responsible for global business development. He has been with Paris Baguette since July of 2018, and has been in the restaurant industry for more than 25 years, with previous positions including CEO of Le Pain Quotidien and director of operations at Au Bon Pain

“It is a privilege to succeed Jack Moran as U.S. CEO and I am thrilled to be working alongside him during such an exciting growth period for Paris Baguette,” Tipton said in a statement.  “With the new year upon us, we are eager to continue Paris Baguette’s growing momentum and remain dynamic in enhancing our brand values while becoming one of the county’s most reputable and renowned bakery café businesses.” 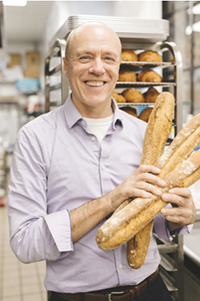 “It is an absolute honor to be promoted to Global CEO of Paris Baguette and to contribute to the company’s accelerated growth, expansion, and strategy across the globe,” Moran, left, said in a statement. “As we head into 2020, I look forward to another transformative year and continuing our ultimate mission of becoming the largest and most renowned bakery café business in the world.”

There are more than 3,500 Paris Baguette locations worldwide, around 80 of which are in the United States. The chain was founded in South Korea and is owned by Paris Croissant, a division of SPC Group based in Seoul, South Korea.