Moran succeeds Young Jo Choi, who retains his title as COO of the South Korea-based Paris Baguette Korea. Both companies are owned by Paris Croissant, a division of SPC Group, a bakery and confection manufacturer based in Seoul, South Korea. 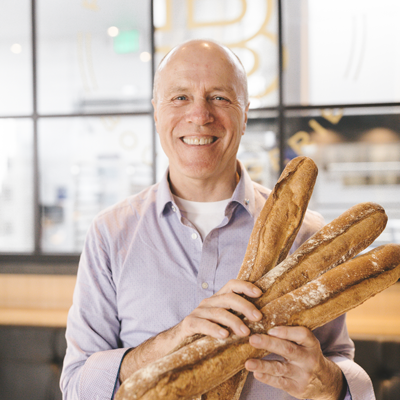 Paris Baguette said Moran will focus on U.S. growth of the brand as well as streamlining the menu and elevating the customer experience.

“I am thrilled to be joining such a unique concept and look forward to building efficiencies across the organization through process innovation,” Moran said in a statement. “I am eager to expand Paris Baguette's reach in the United States, while maintaining the Korean heritage and values that has made the brand a household name overseas.”

Paris Baguette has about 70 owned and franchised location in the United States, and parent Paris Croissant has about 3,000 locations in China, France, Singapore, South Korea and Vietnam.

“Jack is a world-class executive who brings a wealth of experience to Paris Baguette, and is the ideal leader to help us achieve our aggressive growth plans in the United States,” said Hur Young-in, CEO of Paris Baguette Korea.

The fast-casual Paris Baguette was founded in 1988 and offers pastries, breads, cakes, sandwiches and beverages.