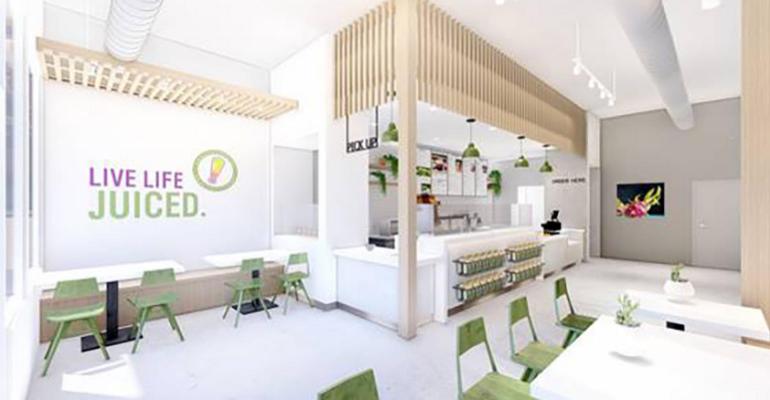 Juice It Up credits recent success to franchisees, increased functionality of mobile app

The fast-casual smoothie and açaí-bowl brand also said same-store sales from January through October were up 13% over the same period last year.

“This year has been filled with unforeseen challenges, but we are filled with pride having seen how our tremendous franchisees used the tools we provided and truly rose to the occasion,” said CEO Susan Taylor. “Our impressive 2020 financials are testament to the quick and effective work of our brand leadership team paired with the tenacity of our valued franchise partners.”

Juice It Up opened its first flagship location – the company is otherwise 100% franchised – in August. The flagship features the brand’s first R&D test kitchen and new store design, which it is currently rolling out to all franchise locations.

Taylor, who was appointed to the role of CEO in July, spoke with Nation’s Restaurant News about the brand’s new mobile app, which launched during COVID. The app gives users the chance to order and pay ahead, skip the line and earn loyalty benefits.

“The past few months, we’ve realized how, how much tech really can help,” Taylor said at the time.

The company said Tuesday that the app has seen a “dramatic increase in loyalty members and mobile orders.”

In 2021, the brand plans to open eight to 10 new franchise units already in the pipeline in California and elsewhere in the West, in undisclosed locations. The company decided to expand on the West Coast after noticing an increase in real-estate opportunities there during the pandemic.