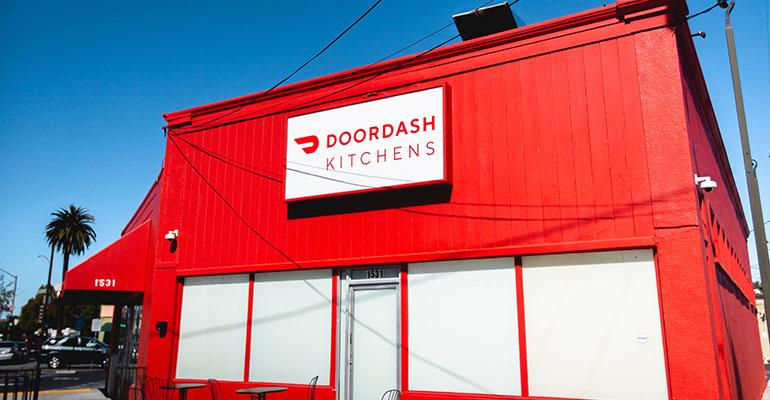 DoorDash was born in Stanford dorm room in 2013 as an on-demand delivery service looking to drive sales to brick and mortar businesses that didn’t have the budget or infrastructure to deliver their own products.

The company soon pivoted to a restaurant meal delivery platform as consumers gobbled up the idea of having everything from burgers to spaghetti and meatballs delivered directly to their doorstep. Today, the six-year-old San Francisco-based company is evolving again with the launch of DoorDash Kitchens, a rent-a-kitchen commissary designed for restaurants looking to expand their off-premise sales in the Silicon Valley without opening a physical restaurant in the pricey region. 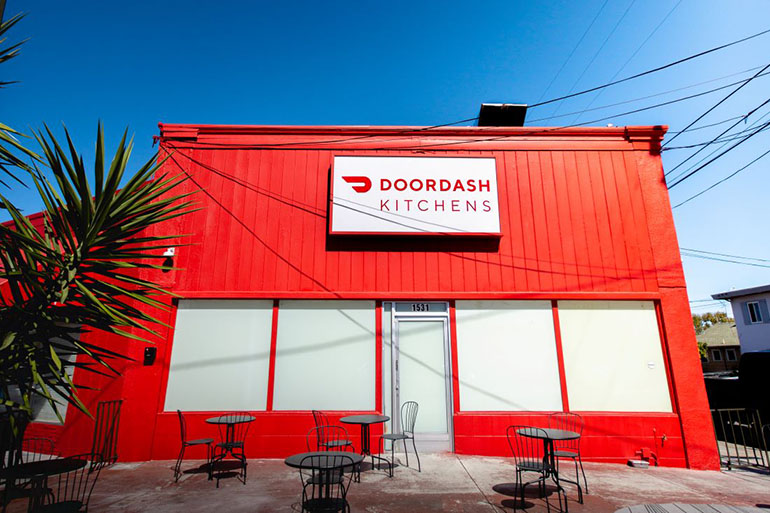 “We're thrilled to be partnering with DoorDash to open its first commissary kitchen in Redwood City,” Halal Guys operator Patrick Mock said in a statement to Nation’s Restaurant News.

“As a native to the South Bay, it's been exciting to bring The Halal Guys concept to the area. We are looking forward to being able to serve more of our fans with the opening of DoorDash Kitchen,” Mock said. 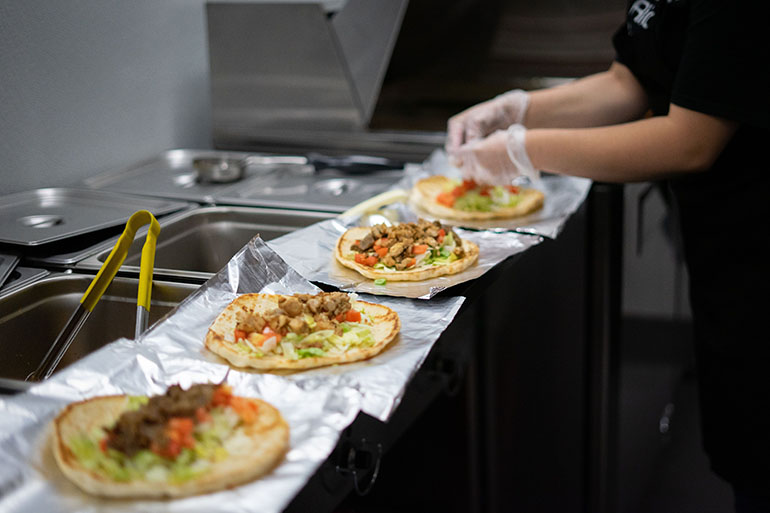 DoorDash Kitchens comes two years after the delivery company tested a single kitchen commissary in 2017 dubbed The Star. The virtual kitchen for Bay Area favorite, Little Star Pizza, gave the indie concept the ability to sell its Chicago-style deep dish and thin crust pizzas to new markets in the region.

Fuad Hannon, head of new business verticals at DoorDash, said the company learned from the experiment. DoorDash’s next generation ghost kitchen was customized for the four hand-selected restaurants, curated based on proprietary company data.

For the Redwood City, Calif. shared kitchen, Hannon said the company looked for popular cuisines ordered in that region.

DoorDash then approached brands that offered menus that would likely be successful in the area, which is about 30 miles south of San Francisco.

The facility was then built for the specific needs of each restaurant, which included adding extra storage or refrigerator space for certain merchants.

“It’s not an out of the box solution,” Hannon said.

Since the shared kitchen has a dedicated pick up area for delivery, each brand can also accommodate carryout orders and large group orders. The latter is especially appealing in terms of revenue potential as the shared kitchen is in the heart of Silicon Valley near Stanford and Facebook headquarters.

“Given our founders’ Bay Area roots, we are always interested in how technology can change the way food is delivered and shared,” Min Park, chief financial officer of Rooster & Rice, said in a statement. “We were impressed by the overall partnership and scale DoorDash could reach with this concept, and we found the notion of a delivery-only kitchen in Redwood City very appealing as it helps us test out demand in new markets.” 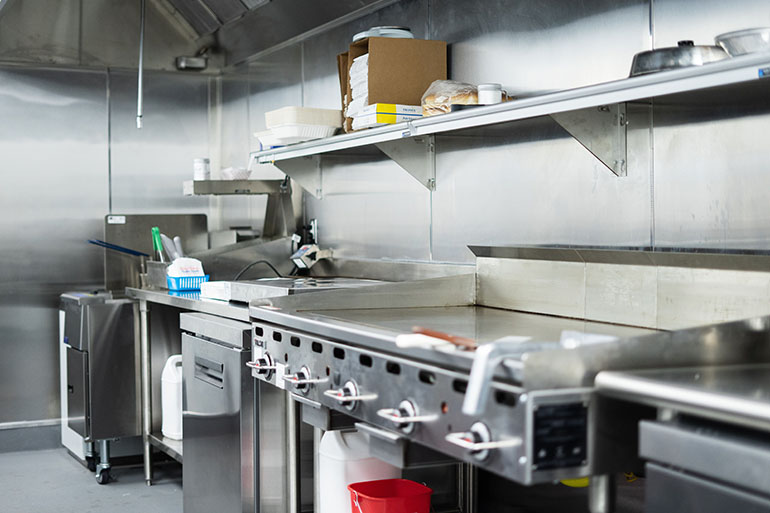 Each restaurant pays a rental fee for the kitchen space, in addition to a negotiated commission fee for each delivery or carryout order. DoorDash declined to disclose the rental fee.

DoorDash’s main competitors are Uber Eats and Grubhub, which host virtual restaurants on their platforms. A virtual eatery allows an established brick and mortar brand or ghost restaurant (a restaurant with no physical presence) to set up delivery or pick up in a certain market. Uber Eats has been the most aggressive with its virtual restaurant program, which launched in 2017. It now has more than 2,100 virtual restaurants in the U.S. and 5,500 worldwide.

Later this month, the company plans to launch a virtual restaurant in partnership with celebrity cook Rachael Ray. Dubbed Rachael Ray to Go, the virtual menu will be available in mid-October -- timed with the launch of her new cookbook.

“The virtual restaurant will live exclusively on Uber Eats and will offer customers and fans alike the opportunity to enjoy Rachael’s food at home for the first time,” the company said.

Grubhub, which has lost market share to DoorDash over the past year, has stepped up its virtual restaurant program in recent weeks. Last week, New York-based fast casual chain Just Salad launched a virtual brand, Health Tribes, on Grubhub. In late September, Bon Appétit announced the launch of Bon Appétit Delivered, a delivery only concept found on the Grubhub app and featuring dishes curated by the publication’s test kitchen.  Multi-unit operator Lettuce Entertain You Enterprises launched a Whole30-branded virtual restaurant on Grubhub’s app in late August.

DoorDash Kitchens, by contrast, rivals the growing network of rent-a-kitchen facilities popping up across the country such as Kitchen United, Zuul Kitchens and Cloud Kitchens.

Hannon said DoorDash’s shared commissary has a leg up over competitors because the company can provide its restaurant partners valuable information to run an efficient virtual kitchen, including how to manage staff and inventory during peak delivery times.

“No guessing. It’s art and science,” he said. 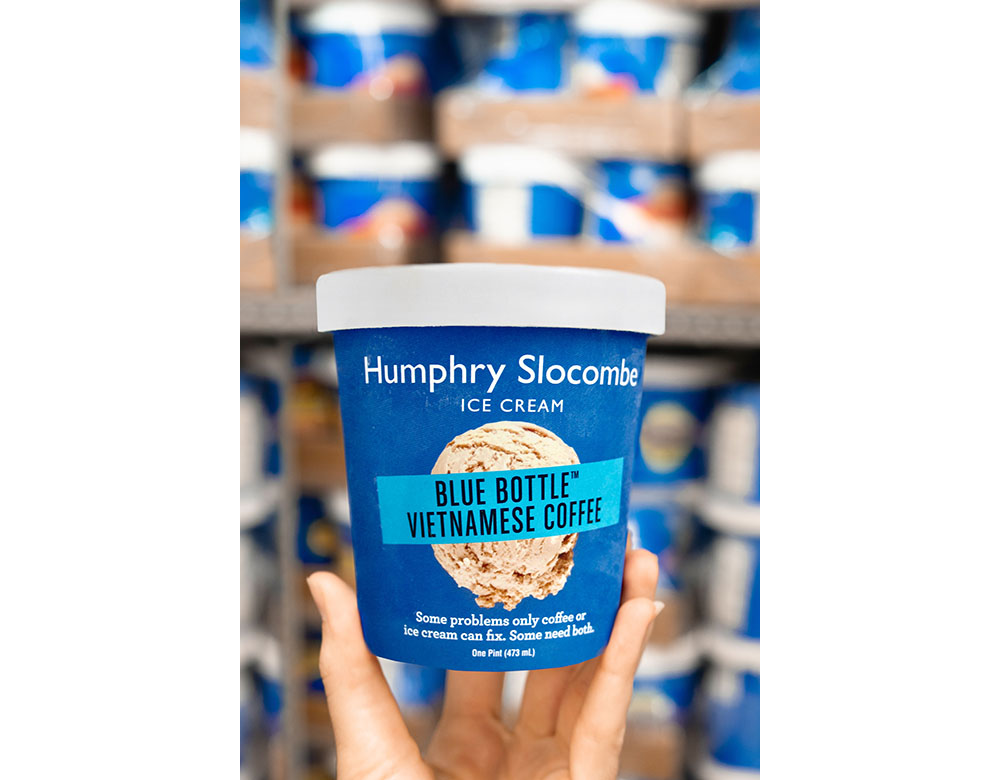 DoorDash can also use its marketplace to create “cross merchant” promotions for the four restaurants. For example, residents served by DoorDash Kitchens might find a Halal Guys chicken and rice entrée paired with a scoop of brown butter ice cream from Humphry Slocombe.

“We think we can do some really fun things to drive value to the platform,” Hannon said of “mix and match” promotions.

However, if the company gets good feedback from its restaurant partners, then “we would surely consider more,” he said.

DoorDash operates in more than 4,000 cities in all 50 states in the U.S., and Canada and Australia.

According to e-commerce intelligence provider Edison Trends, DoorDash has strengthened its lead as the top third-party food delivery player. As of mid-September, DoorDash owned 35% market share of consumer spend, compared to 25% at Uber Eats and 23% at Grubhub.

Since March 2018, Grubhub has dropped from first to third place in market share of consumer spend, according to Edison’s latest trend report which is based on 1.4 million anonymous e-receipt transactions in the U.S.