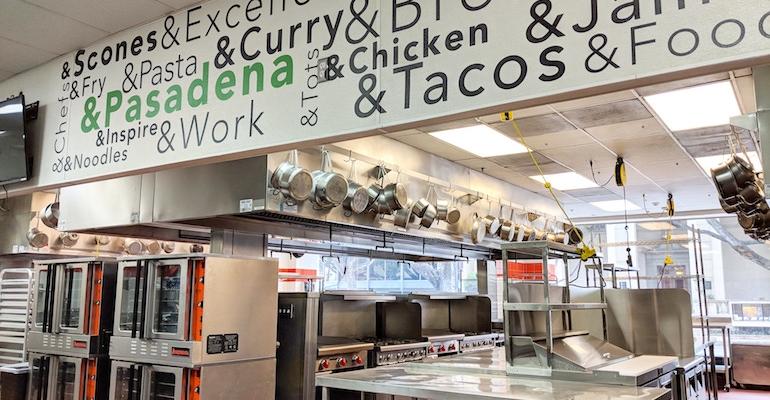 The growing Kitchen United network of virtual kitchen facilities has closed on a $40 million Series B funding round that will bring the concept into the nation’s No. 1 restaurant delivery market: New York City.

Pasadena, Calif.-based Kitchen United said Wednesday the round was led by New York real estate company RXR Realty, along with GV, formerly known as Google Ventures, which led a $10 million Series A funding round last year. Also participating in the latest round were funds managed by Fidelity Investments Canada ULC, DivcoWest and G Squared, as well as existing investors and co-founders John Miller and Harry Tsao of the tech-focused Cali Group.

Launched in 2017, Kitchen United operates the delivery-focused commercial kitchens in Pasadena and Chicago, and locations are scheduled to open soon in Scottsdale, Ariz. And Austin, Texas. Another 13 locations are in the pipeline. By the end of the year, the company expects to have eight Kitchen United locations open.

As part of the new relationship with RXR Realty, Kitchen United will open kitchen centers throughout the greater New York tri-state area, the company said.

Jim Collins, CEO of Kitchen United, said the first New York location will likely be in Brooklyn, and it could open in the first quarter of 2020.

“Our expectation is, over time, as many as 11 locations in Manhattan proper, and locations in the surrounding boroughs as well,” he said.

Each of the facilities are designed to house 10 to 15 restaurant brands looking for kitchen space to expand their pickup and delivery reach into new markets, test new concepts or otherwise build their off-premise business. According to Wall Street firm William Blair, off-premise restaurant sales in 2018 were $279 billion, and the expectation is it will reach $402 billion by 2022.

Collins said most restaurant operators using Kitchen United so far are taking advantage of “all three legs” of off premise, including offering food for pickup, delivery through third-party providers like Uber Eats, DoorDash and Grubhub, as well as building catering operations.

“To me, that’s a very healthy way to get after this market because it gives the restaurant different dayparts,” he said.

For RXR, the investment recognizes a shift in consumer behavior.

“We share Kitchen United’s vision for the future of the restaurant industry and believe the consumer shift toward off-premise dining is already having a huge impact on both residential and commercial real estate,” said Scott Rechler, chairman and CEO of RXR, in a statement. “We are thrilled to be an early supporter of Kitchen United and look forward to working together to change how New Yorkers live, work, play and stay.”

As a real estate operating and development company, RXR manages 68 properties and investments with aggregate gross asset value of about $18.8 billion, including about 24.5 million-square feet of commercial property, about 6,300 multi-family and for-sale units in the New York metro area.

Kitchen United is not the first of the growing population of virtual kitchen facilities to open in New York.

Zuul Kitchens launched this month. The 5,000-square-foot facility will be home to nine kitchens, including delivery outlets for the chain Sweetgreen, as well as Junzi, Sarge’s, Naya, Stone Bridge Pizza & Salad and Positive Foods.

Collins said there are also some independent facilities competing for the same market. But he said he’s not worried about the competition.

“I’m relieved there’s competition,” said Collins. “The market we’re serving is so big and there’s so much demand. If we were the only ones doing it, there would be a lot of frustrated restaurants right now.”