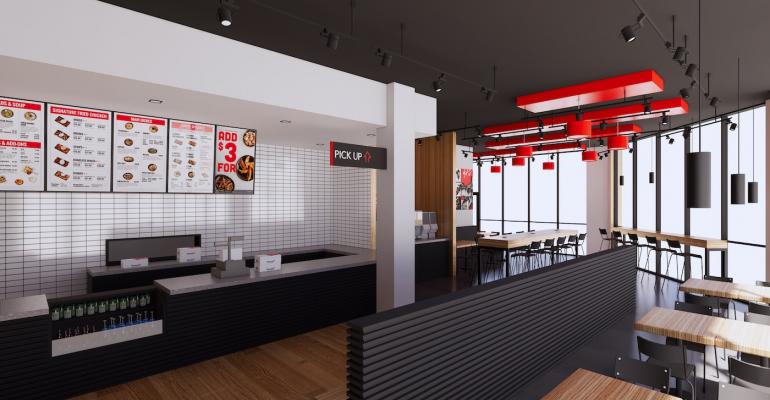 Bonchon
With the opening of this location in Addison, Texas, in February, Bonchon will add a fast-casual format to its full-service model.
News>Fast Casual

Bonchon, the Korean fried-chicken concept, plans to relocate its headquarters from New York City to Dallas by Jan. 1 and is adding a fast-casual service model to complement its traditional full-service format, the company said this week.

“Bonchon currently offers a full-service model at most locations,” a spokesperson said. “They are now adding the fast-casual model to their restaurant offerings.”

The new fast-casual model, which will be featured in a company-owned store to open in Addison, Texas, in February, will apply to some new franchise openings and corporate restaurants, the company said.

The company said the added format “will strengthen Bonchon’s ability to continue to grow online ordering, which currently accounts for over 50% of its current revenue.” 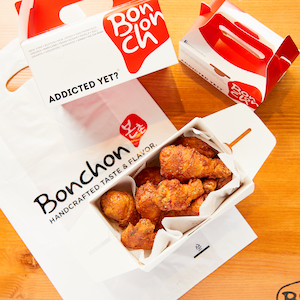 Bonchon said that moving its headquarters to Dallas aligns with plans to build a bigger retail footprint in Texas. Bonchon has one unit in The Colony, Texas, a suburb of Dallas, and plans to open three to four restaurants, including a location that offers only delivery and carryout, in Texas within the year.

“The shift to a new fast-causal model combined with our corporate relocation to Dallas, will create an even stronger foundation for Bonchon’s continued national growth along with our accelerated growth across Texas,” said Flynn Dekker, Bonchon CEO, in a statement. Dekker previously served as chief marketing officer of Dallas-based Wingstop Inc.

Consumer shifts in the COVID-19 pandemic have provided impetus for the changes,

“Bonchon has learned valuable lessons from the past few months,” Dekker said. “We have created an exciting and streamlined new design and a comfortable, sophisticated fast-casual experience for fans and initiates of our popular Korean fried chicken.”

Bonchon said it has already begun hiring in Dallas and expects to add about 20 new team members, a number that is expected to grow over the next several years.

The new restaurant design includes photo murals, and the menu has been condensed, the company said.

Bonchon was founded in Busan, South Korea, in 2002 and has 105 locations in the United States and 250 restaurants in Asia and the Middle East.

VIG Partners, a private-equity firm based in Seoul, South Korea, acquired majority control of the company in December 2018.