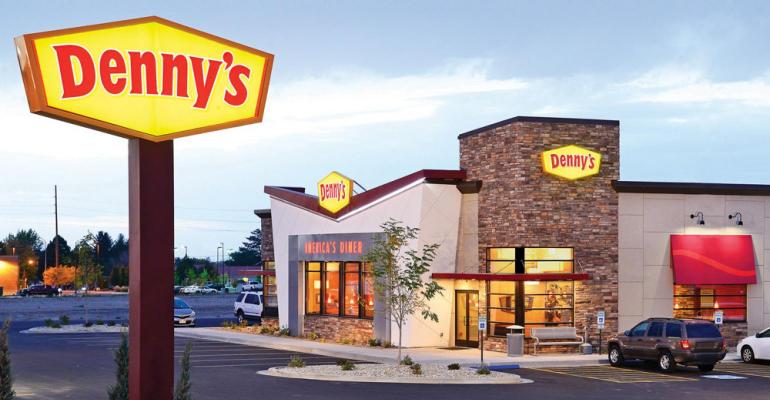 Denny’s Corp. has named Kelli Valade as CEO and president, effective June 13, succeeding John Miller, who will retire as of Aug. 3, the company said Tuesday.

The Spartanburg, S.C.-based family dining company also said it had agreed to acquire the Keke’s Breakfast Café brand, a 52-unit A.M. café founded in 2006 in Florida, for $82 million.

The company said Denny’s president Mark Wolfinger, who served Denny’s for 17 years, would retire as of June 1. Denny’s said Miller and Wolfinger would retain their existing positions on the company’s board.

Valade most recently served as CEO of Orlando, Fla.-based Red Lobster, a position she left in April.

“The Denny’s board of directors conducted an extensive search to identify a forward-thinking, strategic CEO and president who will build on the successful leadership and growth established by John and Mark,” said Brenda Lauderback, chair of Denny’s board, in a statement.

“In appointing Kelli, we have found a proven leader in the restaurant industry with the right combination of talent and experience to accelerate the current momentum of the Denny’s brand,” Lauderback said. “The future of Denny’s is bright, and we are excited to have her at the helm as we build on our past successes.”

Valade served as CEO of analytics firm Black Box Intelligence from 2019 to 2021 prior to her role as Red Lobster CEO. Before that, she served as president of Chili’s Bar & Grill, the casual-dining division of Dallas-based Brinker International Inc.

“Denny’s is a world-class brand that has earned the trust and loyalty of generations of guests as the leading family dining restaurant. I admire the company’s guest-first approach and unwavering purpose of loving to feed people,” Valade said.

Domestic systemwide same-store sales were up 23.3% compared to the equivalent fiscal period in 2021, including a 22.8% increase at domestic franchised restaurants and a 30.6% increase at company restaurants

Denny's as of March 30, had 1,634 franchised, licensed and company restaurants around the world including 153 restaurants outside the United States.