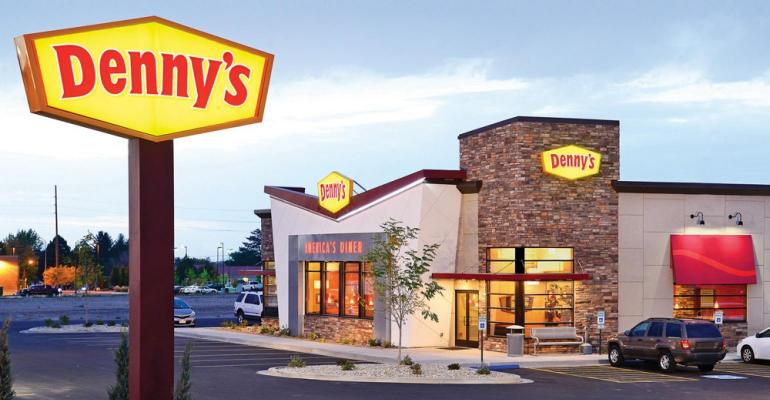 Denny's
Miller has been CEO at the family-dining chain since 2011.
News>Family Dining

The family dining chain will search for a replacement

In a brief filing with the Securities and Exchange Commission, Denny’s said a search for his replacement is underway. No other details were given.

Miller joined Denny’s in February 2011 after spending 30 years in restaurant operations and management, including serving as CEO as Taco Bueno Restaurants Inc. and president of Romano’s Macaroni Grill and president of Brinker International’s Mexican Concepts, including On the Border and Cozymel’s.

Under his leadership, the nearly 70-year-old family dining chain moved into the modern era, remodeling restaurants with a contemporary look and establishing a branding presence on social media. Earlier this year, Denny’s unveiled a partnership with ghost kitchen operator Reef Technology to test delivery-only outlets in urban markets, as well as investments in virtual brand add-ons and partnerships with TikTok creators for new menu items.

Full-service family dining took a hit during the pandemic, but the Spartanburg, S.C.-based chain had shown recovery with domestic same-store sales returning to pre-pandemic levels through most of the Dec. 29-ended fourth quarter, up 1% compared with 2019.

Miller joins a number of CEOs of big chains that have announced retirement plans. Kelli Valade earlier this week said she would resign as CEO of Red Lobster, effective April 15. Gene Lee is stepping down from the helm at Darden Restaurants at the end of May. Starbucks CEO Kevin Johnson retired in March. Carl Howard last month said he would step down at Fazoli's for health reasons. Wingstop CEO Charlie Morrison also resigned unexpectedly in March.

Denny’s ended the year with 1,640 restaurants, including 153 international locations.