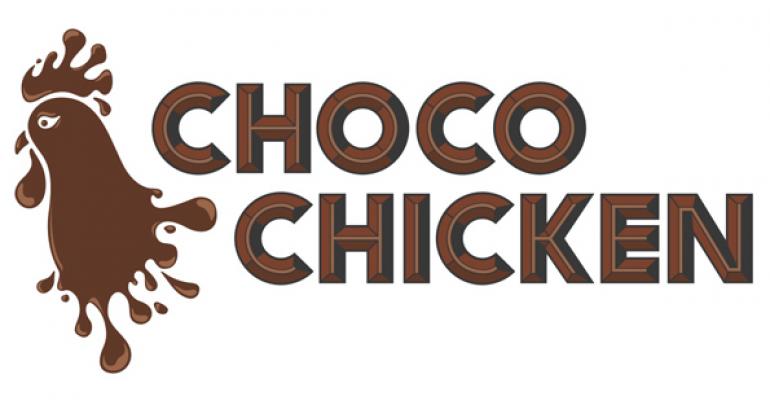 Adam Fleischman, the founder of the growing Umami Burger chain, is lining up new restaurant brands that he hopes will take flight, including a fast-casual fried chicken concept that uses chocolate as its “crack factor.”

As of Jan. 1, Fleischman stepped down from day-to-day operations as chief executive of Umami Restaurant Group, though he remains chair of that company, which operates 21-unit Umami Burger and is co-developing the fast-casual pizza brand 800 Degrees. The search for a new chief executive is underway, he said.

AdVantage plans to debut 10 new brands this year, ranging from ChocoChicken, a fast-casual fried chicken brand that Fleischman predicts could eventually hit 1,000 to 2,000 units nationwide, to a one-off focusing on Spanish cuisine.

First in the lineup is the revamp of a 75-year-old Asian restaurant called Formosa Café.  Later this month, the team from the Beverly Hills, Calif., restaurant Red Medicine, which Fleischman holds a stake in, will rework Formosa and its largely Vietnamese menu to transform it into Red Med at Formosa Café.

Next up is Roadside LA at The Improv, a full-service “modern barbecue” concept with a full bar, scheduled to open at the Hollywood Improv comedy club next month. The restaurant is being developed in partnership with pit-master Robbie Richter, who is known for the New York barbecue concepts Hill Country and Fatty ‘Cue, and co-founded This is Not a Pop-up, a culinary incubator that organizes chef events.

On the menu: wood-smoked meats with global flavors, such as paneer with smoked curried goat gravy; or pork ribs with fish sauce. Guests can special-order large-format dishes, such as “head of the day,” or whole shoulders of lamb, beef or pork. Fleischman envisions multiple locations in major cities.

Also in February, AdVantage is scheduled to debut Smoke.oil.salt in Los Angeles, featuring a menu developed with Spanish chef Perfecto Rocher. The restaurant will be a partnership with Stephen Gelber, a movie producer, and Jason Berkowitz, former vice president of operations for Umami Restaurant Group.

Concept with 'the crack factor'

Getting the most attention, however, is ChocoChicken, which Fleischman plans to open in March in downtown Los Angeles.

The concept is described as a “fried-chicken-and-chocolate hybrid,” and Fleischman is reluctant to explain what exactly that means because he doesn’t want people to form preconceptions about how it might taste.

“I’m not going to explain it,” he said, noting that it’s not Mexican-style mole or chicken dipped in chocolate. “My theory is you taste things with your mind, rather than your taste buds. ”

The concept will use only Jidori chicken, an all-natural premium product produced in Los Angeles and prized by high-end chefs across the city.

The menu will include both breasts fried with the bone in “to keep it juicy,” boneless thighs, and wings, with unique sauces. Biscuits will be house-made and s’mores will be offered for dessert. Down the road, a chicken sandwich will likely be added.

The concept is fast casual in that guests will order at a counter, but the first ChocoChicken will have a full bar. As the concept grows, the presence of a bar will depend on location.

Guests checks will likely range between $10 and $20 per person, depending on whether they have alcohol, Fleischman said.

The concept is being developed with partners Keith Previte, a self-taught cook, party planner and entertainment producer, along with Sean Robins, a film and television producer who is described as the first person to eat at every restaurant listed in a Zagat Guide.

Fleischman said the chicken space has long focused on the quick-service segment, but there is opportunity at the fast-casual level for a national brand to step up.

“People get fried chicken brands. But no one has done this kind of rollout in 50 years,” he said.

“ChocoChicken is completely different than anything else out there,” he added. “It’s got the ‘crack factor’ I look for in a great restaurant brand.”

More brands are coming this year from AdVantage, but Fleischman isn’t ready to reveal what’s next.

Unlike Umami Restaurant Group, which is owned in part by hospitality group SBE, AdVantage will be “all me,” said Fleischman, though the company also has backing from attorney Lee Weinberg.

The goal is to “create companies and hand them off,” while retaining some ownership, said Fleischman.