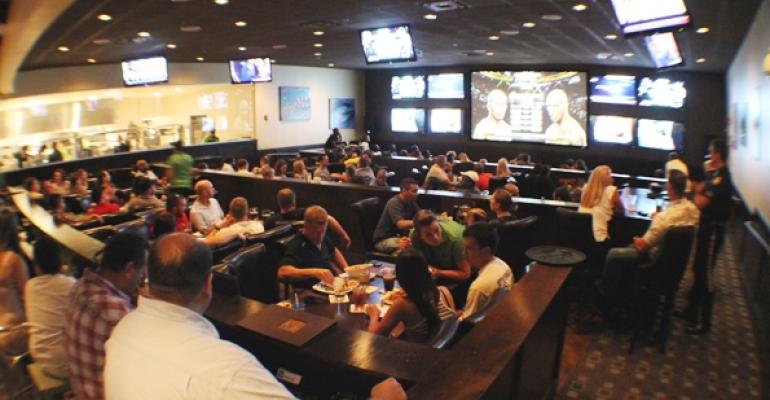 Latitude 360 names Outback co-founder to board

Outback Steakhouse co-founder Tim Gannon has been named an executive director of the board of Latitude 360, a three-unit polished-casual dining and entertainment concept based in Jacksonville, Fla.

In his new role, Gannon will focus on 360 Grille, the dining room at the center of the complex that is surrounded by the various entertainment options.

“We are counting on Tim to play a very active role in aggressively growing the company’s casual-dining business,” Brent Brown, founder and chief executive of Latitude 360, said in a statement. “Further expanding our dining and beverage sales is by far the most significant untapped opportunity for our organization. Adding Tim to the team is a huge win that will help us achieve future success in the casual dining market.”

The average check is around $27.

“After meeting the visionary founder, Brent Brown, and spending time with the Latitude team I realized that this concept is part of the evolution of food and entertainment,” Gannon said in a statement. “There is an exciting opportunity to further expand upon the company’s noteworthy success by further enhancing the upscale casual dining experience and successfully promoting Latitude as a go-to destination for fresh and delicious food prepared by a talented kitchen crew and served by a customer-centric wait staff. I look forward to working closely with the dining team and also creating exclusive signature menu items that further set Latitude apart from its peers.”

Brown opened the first Latitude 360 in Jacksonville in January 2011. Another unit opened in Pittsburgh in November 2012, and the third debuted in Indianapolis in early 2013. A fourth unit is currently under construction in Albany, N.Y.

“We are able to give our customers what we call the 360 experience,” Brown told Nation’s Restaurant News, adding that he aims to open locations in urban markets, shopping malls and destination cities.

“I think the brand is not only hitting the restaurant industry right, but we’re at the cutting edge of the real estate market,” he said, noting that many big-box locations suitable for his concept are becoming available in markets he is seeking.