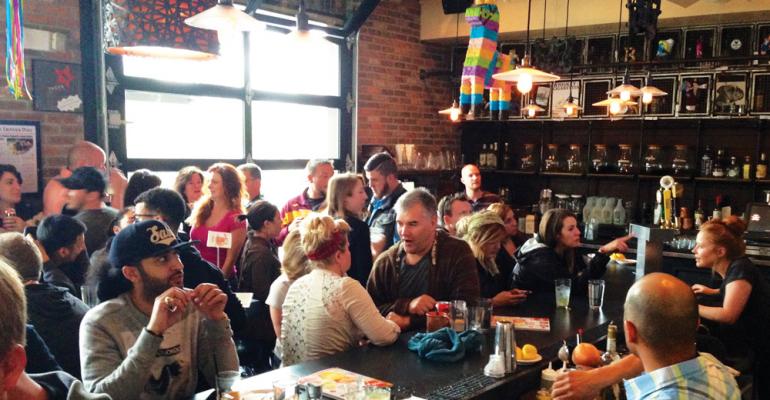 Kevin Morrison has been delighting Denverites with his tacos since he started serving “pinche tacos” from a food truck in 2010.

He opened a brick-and-mortar Pinche Taqueria on Halloween night in 2011. The following year, Bon Appétit named it one of the nation’s best new restaurants.

Locals enjoyed the off-color name — Mexican slang for “f-ing tacos” — but a bilingual secretary at the state liquor board didn’t, so when Morrison applied for a liquor license for the restaurant’s second location, a name change was necessary. Morrison went straightforward, choosing Tacos Tequila Whiskey.

The restaurant thrived as customers gobbled down tacos, priced between $3.50 and $4.50, and including traditional carne asada, carnitas and barbacoa, and less traditional, sweet-and-sour pork belly “agridulce, ” with candied garlic, cabbage-cilantro slaw and braising liquid.

The restaurant also does a robust brunch business with breakfast tacos and cocktails that riff on Bloody Marys and mimosas. Margaritas are popular, as are more specialized tequila- and whiskey-based cocktails.

With four locations — one in Phoenix and three in Denver — Morrison said another might open in 2019.

“We are always looking for opportunities in our hometown of Denver,” Morrison said.

“However since we already opened in Phoenix, that market is attractive to us.”

The chain is studying a third market, “However, I am superstitious, so I can’t mention the city,” he said.