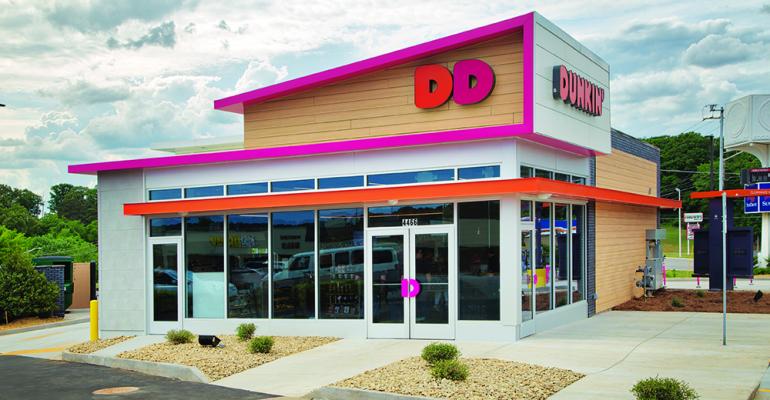 Following a quarter marked by significant brand transformation — including the implementation of the new Dunkin’ brand identity and introduction of a premium espresso platform — Dunkin’ Brands Group Inc. said Thursday it is also testing delivery in partnership with Grubhub.

The lower-than-expected results come on the heels of what CEO David Hoffmann called a “foundational year” for the brand. The company reiterated its focus on upgraded beverage programs, store redesigns and operational efficiency. 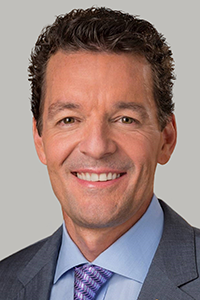 "While we did not drive consistent traffic momentum for the full year, we laid the foundation for future growth,” CEO David Hoffmann (left) said on the call. “Most importantly, along with our franchisees, are unified and well-positioned to capitalize in 2019 on our brand promise of 'great coffee, fast.'"

Part of that promise, the company said, will come through expanded delivery options.

“This is a huge unlock for us,” COO Scott Murphy said in a phone interview. “We chose Grubhub because it gives us full integration with POS. We will soon see that start to scale larger as we finish the alpha and beta tests.”

The Dunkin’ team did not elaborate on the scope of the test or when the Grubhub delivery program would expand nationwide. Executives said they are trying to make the app more convenient for users before committing to a larger rollout.

Dunkin’ currently partners with DoorDash on third-party delivery, and the company has no plans to end that partnership at this time.

Sister brand Baskin-Robbins saw same-store sales decline 3.7 percent in the fourth quarter, driven primarily by a decrease in traffic, which was partially offset by average ticket growth. For the full fiscal year, same-store sales for the brand were down 0.6 percent.

Net revenues for the quarter increased 1.5 percent to $319.6 million, up from $314.9 million the same quarter the year earlier primarily due to increased royalty income as a result of sales growth across the company.

“We’re sacrificing short-term pain for long-term gain,” Hoffmann said during the earnings call. “2018 was a foundational year for our growth blueprint. 2019 will be about building on that foundation.”

Part of this forward-looking strategy is the implementation of the Dunkin’ next-gen stores — featuring mobile drive-thru lanes, nitro and cold brew taps, and new order pick-up technology — which were introduced in March 2018. Hoffmann said that at the end of fiscal 2018, Dunkin’ had implemented the Next Gen store design to 130 new stores, but they are not in a rush to push out more stores until Dunkin’ calculates the best cost engineering to do so.

Dunkin’s traffic woes were somewhat lifted by the introduction of the new premium espresso program in November, which incrementally increased sales and traffic for the latter half of the quarter, Hoffmann confirmed. The espresso line will only continue to expand as 2019 moves forward — particularly for the afternoon segment.

“We’re the type of brand that can democratize espresso for America,” Hoffmann said in a phone interview on Thursday. “For us, this is not just ‘launch it and leave it,’ we are sustaining this long-term and doubling down on espresso.”

Hoffmann hinted that future iterations of espresso products will feature new flavors, and new variety. But product innovation is not the only key to improving traffic numbers for Dunkin’.

“Menu innovation has to be combined with value to drive traffic into restaurants,” Hoffmann said during the earnings call. “We learned that introducing compelling value programs [like the limited-time Dunkin’ Go2s value menu introduced in Q2] drive traffic and we’re focused on doing that more in 2019.”

For the fiscal year ended Dec. 29, Dunkin’ posted revenue of $1.32 billion, up 3.6 percent from $1.28 billion the previous fiscal year. Net income for the year dropped 15.2 percent to $229.9 million, from $271.2 in the same period a year earlier, partially driven by the impact of tax reform in the prior year.

The company added 392 net new stores worldwide in the period, 90 percent of which were outside Dunkin’s core markets in the Northeast United States, a reflection of the brand’s strategy to bring the Dunkin’ brand to the West Coast and beyond.