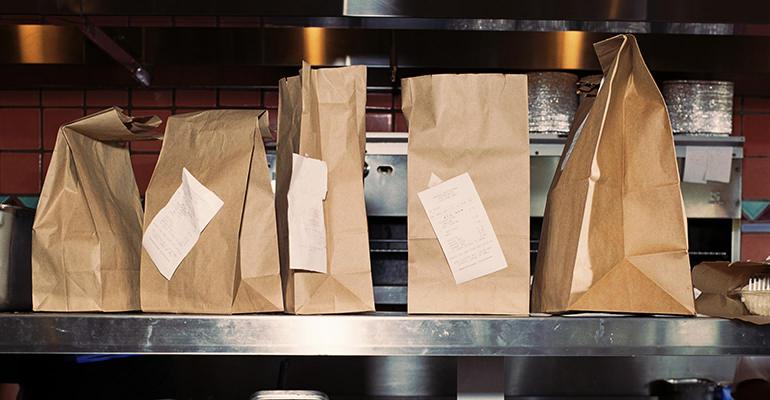 If anything good can be said to have come out of the COVID-19 pandemic, it’s the way that people learned to adapt to new situations. In the restaurant industry, that has meant firming up strategies for success as the economy opens up again.

The heads of two concepts, 12-unit Wow Bao based in Chicago and 93-unit Taziki’s Mediterranean Café based in Birmingham, Ala., discussed those strategies at the Restaurants Rise virtual conference Thursday.

Geoff Alexander, president of Wow Bao, had started developing the idea of selling his products out of other people’s restaurants back in November. As the pandemic hit, it proved to be a popular way to spread name recognition, and some cash, for Wow Bao and generate profit for their partners.

Wow Bao’s signature item is a fluffy steamed bun — a bao — stuffed with meat and vegetables. The chain also has rice bowls, soups, salad, pot-stickers and other dumplings, about 90% of which is manufactured for them and delivered frozen.

Related: Consumers are excited to return to restaurants, but they want a safe and relaxing experience, Datassential says

Wow Bao is a subsidiary of the multi-concept restaurant group Lettuce Entertain You Enterprises and already had national distribution channels, so they simply provided a limited variety of their products — around 30% of the total menu — to restaurateurs across the country. Those restaurants just need to reheat those items using steam and hand them to third-party delivery companies, selling them under the Wow Bao brand. 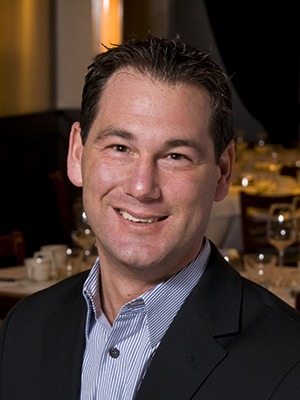 Alexander, left, said the food and packaging cost is 36%, but with minimal labor, even with a 25% delivery fee — which under most circumstances is not sustainable — the operator makes 39% profit. No hood is required, and the whole operation takes about three square feet of kitchen space

Wow Bao now has 16 operators selling their products across the country.

“We take a couple of pennies off of each item” during the distribution process, Alexander said.

“The ease of the product and the fact that the product’s in distribution, that took care of itself. It was more about getting the third-party operators to pay attention to the partners we were trying to bring on,” he said. Wow Bao helped with that, and set the goal for each partner to sell $2,000 worth of food per week within six weeks.

Essentially, Wow Bao commissions other operators to act as ghost kitchens for them, preparing the food and sending it off to be delivered out of their back door.

Dan Simpson, CEO of Taziki’s, also expanded third-party delivery partnerships and started exploring the use of ghost kitchens as he saw his business shift from dine-in to more than 50% takeout even before the pandemic struck.

“With all of that off-premise dining, you have to think differently about where the food is made, and that last mile of distribution — essentially delivery — to your guests,” he said. 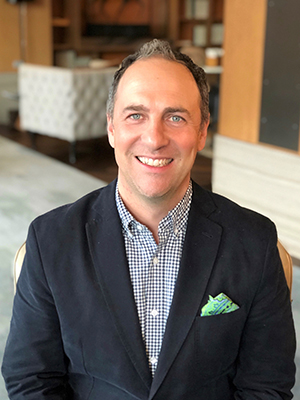 Although the shift from dine-in to off-premise was fast, Simpson, left, and his team took their time figuring out how they wanted to do delivery, testing both handling delivery themselves or paying third parties to do it.

“Right before COVID-19 hit, we were starting to conclude that we were capable of in-house delivery,” he said. But he also saw value in third-party delivery as a way to establish the Taziki’s brand in new markets even though the delivery fees ate up all the profits.

However, “sales without being profitable sales are only so useful for so long,” he said. So he started charging higher prices for third-party delivery transactions.

Although smaller delivery companies were amenable to the idea, the larger players were hesitant until the pandemic hit. Then they became more flexible, Simpson said.

“They were very agile and fast to help us expand more delivery channels,” he said.

Some of those delivery companies set $5-$8 flat fees for certain areas during the pandemic, generally accounting for about 20%-30% of sales. Simpson raised prices to cut that percentage roughly in half.

Both Wow Bao and Taziki’s streamlined their menus during the crisis to cut costs and manage the kitchens with reduced labor.

Simpson said he had advised franchisees to keep that smaller menu through the rest of the year.

“Our guests are understanding, and we’re meeting the vast majority of the needs without creating operational strain,” he said.

Alexander is taking a different approach. He said as customers return and start requesting items, they’ll bring them back.

“We’re going to let the consumer tell us,” he said, but added that he expected the full menu to be back at most locations within six to eight weeks.