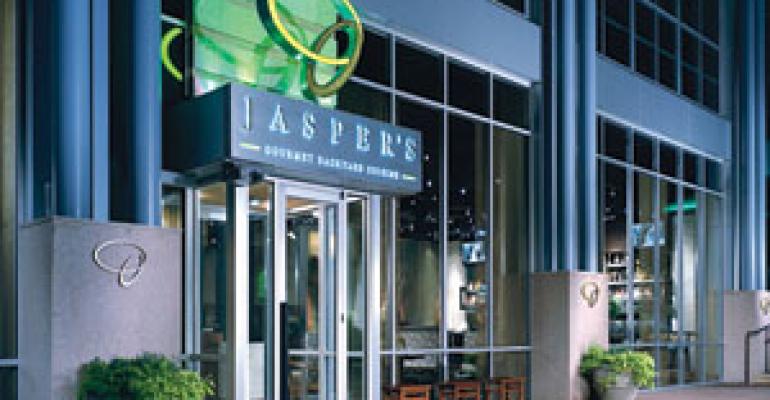 Despite rising job losses, troubled credit markets, falling housing values, spiking mortgage foreclosures, a weakening dollar and declining same-store sales throughout much of the industry, many operators are forging ahead with plans to open new restaurants.

The reasons for the unwavering optimism vary. Some operators explain that their plans were well underway before the economy turned sour, so in response they have rethought menus and price points. Some are taking advantage of the opportunity to grab prime real estate as other businesses fail, while others say they are looking ahead to the economy’s recovery.

“For every story you see about chains laying off 20 people, there are one or two companies below the radar saying, ‘Maybe this is a chance to get better real estate,’ ” said Harold Schumacher, president and founder of the Atlanta-based Schumacher Group, which specializes in selecting and selling restaurant sites. “There are no drastic fall-offs in rent and certainly no fire sales going on. Even new people are buying or opening restaurants.”

Industry veterans Scott Black and Shane Touhy plan to open their first restaurant in Atlanta in June. The 150-seat establishment, to be called Dogwood, has been in the works for more than two years. But Black and Touhy said that even if they had known the economy was going to tank, they would have forged ahead to open on the ground floor of a building housing upscale condominiums.

“The economy always has its ups and downs, and we think that our price points of $22 to $25 for lunch and $55 for dinner will bring the travelers in, as will our location,” said Touhy, a longtime chef in the Southeast. Dogwood is primarily funded by private investors, although some bank financing was needed. Touhy did not detail startup costs but said securing financing was painless, even in the current environment.

Veteran restaurateur Tony LaRocco opened Vita in Atlanta in March. So far “business has been great,” he said.

LaRocco, who is known for having opened Tony di Napoli’s in New York and Fratelli di Napoli in Atlanta’s Buckhead district in 1995, recently survived leukemia and viewed his opening of the 250-seat restaurant as a second chance at life. Vita means “life” in Italian.

LaRocco, who has operated 13 other restaurants, said he opened Vita with investments from friends, so there were no worries related to the current credit environment.

With an average check of about $35, Vita and its New York-style Italian fare appeal to cash-crunched consumers, LaRocco said.

“You buy good-quality food, basically you bite the bullet a little bit because you have to serve the best quality,” he said. “Dairy and wheat have gone through the roof, and we make our own breads, do desserts, salad dressings. We use proteins, of course, but we also have salad and pasta items that are a lot cheaper.”

He added: “I think we are hitting the sweet spot, because even in a bad economy, people still want to eat out. But they are less willing to spend $100. Really fine dining will do just fine, too, but those in between will be hurting.”

On New Year’s Eve, fine-dining venue The Mint opened in Raleigh, N.C. Robert Royster and several partners in The Raleigh Restaurant Group have been working on the three-level, 8,500-square-foot location for about three years. The area is in a revitalizing part of downtown, and Royster theorized that he and his partners were able to get in before it got too popular and expensive.

Royster, who separately owns several other restaurants, also said that media spin makes things looks worse than they are.

“People still entertain and take people out,” he said. “Sure, there may be a slowdown, but you always plan for an upturn to be ahead of the curve. Lots of people buy high and sell low. I had no reservations about opening now. In fact, I have another in process that is under budget and ahead of schedule.”

Undaunted by the faltering U.S. economy, Cuevas immigrated from the French Riviera last year because he thought St. Petersburg a compelling place to open a restaurant. Cuevas self-funded the venture, which specializes in crêpes that range from about $12 to $14 at dinner and about half that at lunch.

“I do think that if I had tried to get funding in this environment, it would have taken much longer than a year to get this off the ground,” he said.

Mark Masinter, a founding partner of Open Realty Advisors in Dallas, sees plenty of same-store sales growth at the restaurants his group is involved with, none of which are at the top end of the dining spectrum.

Definitely, one of the keys to success is location, especially in the Dallas market, he said. Masinter’s company specializes in higher-end, prime real estate, and he has seen no softening in that area, nor in occupancy costs.

“The great real estate around the country is less affected by economic ups and downs, because quality always wins,” he said. “More moderate locations, however, are more susceptible to bumps.”

In January, Remi DeMatteo opened Hostel New Orleans in that city’s French Quarter, employing a former chef from Arnaud’s. The dinner-only Hostel has an average check of about $35.

“Facing the economy was awful, but when researching we forecast solid numbers,” he said. “We are on track.”

Plano, Texas-based chef-restaurateur Kent Rathbun is working on a lease for his sixth restaurant. Rathbun is confident that the prime location of the new Jasper’s—in an upscale lifestyle center in San Antonio—insulates him somewhat from the recession.

But Rathbun remains somewhat cautious about the economy.

“Sure, we’re worried, it is a looming situation,” he said. “So we’ve tried to curb what it will cost compared to our others. We’ll try to fund as much out of cash flow as possible. The banks are cautious right now, and they should be. We all should be.”