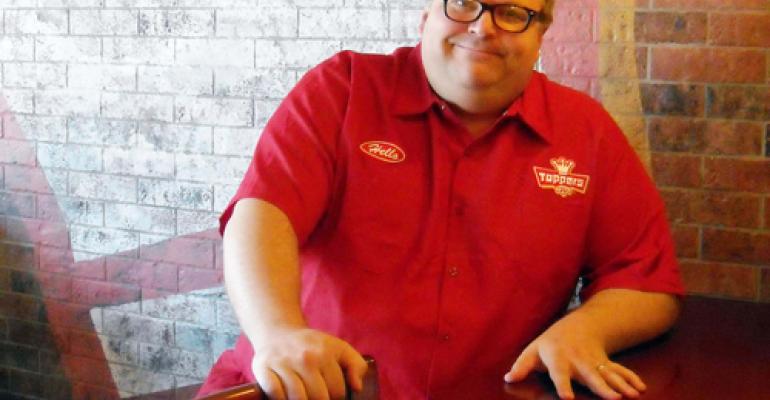 Toppers Pizza has hired a franchising expert, most recently from Five Guys, to spearhead its own expansion plans, which include growing the 20-year-old chain from its current 26 units to 500 by 2020.

“There are few opportunities that have strong economics that are consistent and viable,” Larrabee said, pointing to the chain’s 20-year track record as an asset.

Toppers prides itself on its positioning as an irreverent brand that resonates with young people and offers unusual items, like baked potato pizza and mac and cheese pizza. Many of its stores are in areas with a heavy late-night crowd and all of the restaurants stay open until at least 3 a.m.

Larrabee said Toppers would be focusing on developing stores in Minneapolis and Chicago for 2011, but that the company would open locations wherever they were viable. He said he is seeking franchisees who want to open multiple units in a fairly dense concentration — opening one unit for every 30,000 households.

Toppers founder and chief executive Scott Gittrich said the company was slated to open its first Cincinnati unit on Oct. 2 and that a franchisee was opening another restaurant in Milwaukee, which already has a number of Toppers, on Oct. 16.

Gittrich said the company had doubled in size — both in terms of number of units and sales — since 2007, “and we’re in a good spot to move forward quickly.”

He added that the company planned to open 80 stores over the next three years and said about half of those restaurants were already under contract and the rest were with existing franchisees that are currently in the middle of development agreements.

A number of corporate stores also were being opened, Gittrich said. Currently eight of the chain’s 26 units are company-owned.