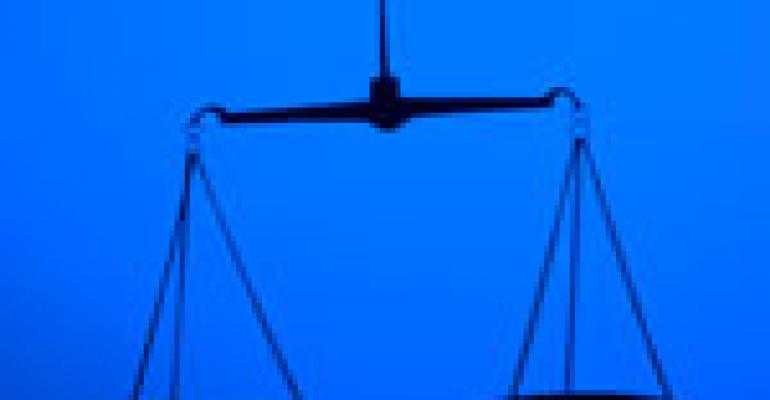 ATLANTA Decisions in franchise-related law in 2009 produced new frameworks under which franchisors and franchisees will be doing business in the year ahead, and beyond.

“The 2009 cases reinforce the importance of franchisors keeping up with the latest developments in franchise cases because legal rulings often provide guidance to changes that franchisors should consider making to their operations, their decisions and their legal documents,” said Barry Heller, the franchise litigation partner in DLA Piper’s Virginia office.

Georgia voters will consider a constitutional amendment in November that would allow the state’s jurists to consider parts – or to “blue-pencil” – franchise agreements without ruling against the whole contract.

Among the other cases featured in DLA Piper’s Top 9 case list were rulings on supplier mandates and corporate disclosures. “How significant certain cases may be often depends upon your particular franchise system,” Heller noted.

Supplier issues. In Burda v. Wendy’s International, an Ohio case in which a franchisee sued against the franchisor’s mandate for use of one supplier as a source of hamburger buns, courts found in favor of the franchisee, who had previously been allowed to select from several suppliers.

Scott McIntosh of DLA Piper’s Washington, D.C., office said franchisors need to write broad rights into franchise agreements when it comes to designating suppliers and rights on earning fees and imposing surcharges on purchases from approved suppliers. McIntosh said this allows “for maximum flexibility in structuring supply issues within the franchise system.”

Employee discrimination claims. In a Florida case, Equal Employment Opportunity v. Papin Enterprises Inc., a Subway franchisee was sued by an employee who had been fired after failing to remove a nose ring. The employee alleged religious discrimination, but never provided a religious text or note from a pastor.

The court found “a degree of control that Doctor’s Associates exercised over the employment practice” and provided joint-employer liability. A subsequent jury trial found that the employee did not have a “religious accommodation” claim.

McIntosh said, “In evaluating whether to exert control over specific aspects of franchisee employment practices, franchisors should weigh the perceived benefits of compliance against the added risk that the franchisor may itself be held liable in the event of any claims arising from that area of operation.”

Disclosure. In Coffee Beanery Ltd. et. al. v. WW LLC et. al., a franchisee sued Coffee Beanery and claimed that the Maryland Franchise Act had been violated by failing to disclose one of its officer’s Michigan felony conviction for grand larceny related to a college theft of traffic cones.

An arbitrator found for Coffee Beanery after an 11-day hearing. The franchisee appealed, and the 6th U.S. Circuit Court found that Coffee Beanery’s failure to disclose the criminal history violated the Maryland Franchise Act. The U.S. Supreme Court refused to hear the case. Heller said the take-away is that “courts may apply disclosure requirements literally.”

Brand standards. The South Carolina Supreme Court in Jamison v. Morris, found that the franchisor of a Texaco Mini-Mart, which had sold alcohol to a minor whose car passenger was rendered paraplegic in an ensuing auto accident, had no “vicarious liability” in the case.

John Vehrey of DLA Piper’s Chicago office said franchisors can distance themselves from liability by avoiding controls on the hiring and firing of franchisees’ employees, reviewing training materials and programs for such controls and focusing any controls on uniform appearance.

Class action. In Stolt-Nielsen SA v. AnimalFeeds International Corp., while not a franchisee case, is a class-action arbitration case that poses “a serious implication for franchisors in the context of class actions.”

Heller said franchisors should include “no class action” clauses in agreements or a clause that “if class arbitration is allowed, then litigate cases in court.”