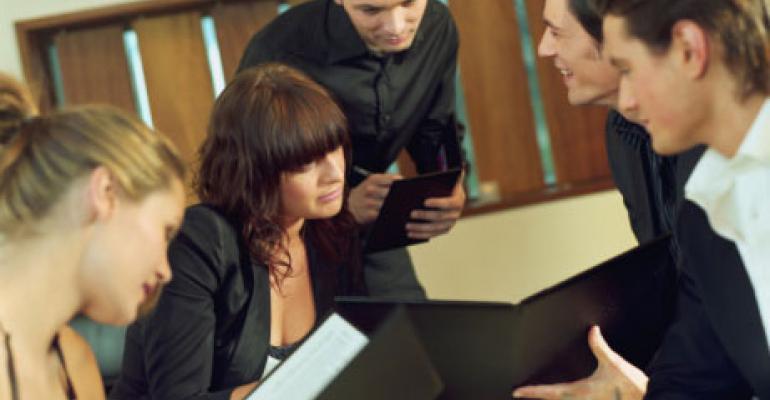 Consumers’ appetite for dining out has grown significantly from six months ago, according to a new study from consumer research firm Market Force Information.

About 25 percent of the 4,600 respondents to a Market Force poll indicated that they plan to eat at restaurants more in the next three months than they did during the previous three months, compared with only 5 percent of consumers surveyed in December 2009.

Only 8 percent of respondents projected that they would eat at restaurants less than they did the past three months, compared with 52 percent who said so in December 2009, while two-thirds of consumers said their eating-out habits would stay the same, an improvement from the 44 percent who responded that way six months ago, according to Market Force.

The study indicating growing consumer hunger for dining out comes amid broader signs of a sluggish economic recovery. While the Department of Labor reported last week that the national unemployment rate fell from 9.7 percent in May to 9.5 percent in June, much of that decrease was attributed to 652,000 people dropping out of the labor force. Private employers added 83,000 jobs in June, while government payrolls decreased 125,000 after 225,000 census jobs were phased out.

The way restaurants attract those diners also is starting to change. Some of the industry’s biggest companies are shifting their marketing from aggressive traffic-driving deals to new products. For example, quick-service chains Subway and Taco Bell, which have long focused on value offerings, are looking to make in-roads at breakfast. Burger King pivoted from value offers like $1 double cheeseburgers to a limited-time offering of Fire-Grilled Ribs, a more premium product with a higher price point.

While casual-dining chains haven’t completely abandoned discounted meals — T.G.I. Friday’s still has a $6.99 Endless Lunch, and Chili’s temporarily resurrected its “3 for $20” deal in three states — they have de-emphasized those offers in their marketing in favor of new products and menus, like regional lines of burgers at Applebee’s and The Cheesecake Factory or a Caribbean-inspired menu at T.G.I. Friday’s.

Whether restaurants lure customers with deals or new menu items, social media will continue to complement those marketing efforts, Market Force found. The firm’s research shows that nearly half of all respondents had looked for a restaurant recommendation in the past 30 days by reading online reviews, blog posts, or Facebook and Twitter profiles. In addition, 13 percent of respondents had posted an online review after dining out in the past 30 days.

“One of the most interesting findings from this survey was that a ‘very satisfied’ customer — one that give a five out of five rating [to a restaurant] — is three times more likely to recommend a restaurant, both online and offline, to a friend than a merely ‘satisfied’ customer — a four out of five [rating],” said Janet Eden-Harris, chief marketing officer for Boulder, Colo.-based Market Force. “Because of the long-term effects that recommendations have on a restaurant’s reputation, a one-point disparity in a rating scale can spell the difference between real sales growth and a stagnant business.”

The Market Force survey also found that healthful dining options remain important to consumers as they express a willingness to dine out more. Forty-two percent of respondents said it was extremely important that restaurants post information on calories and nutrition, while 45 percent said it was somewhat important. Similarly, 36 percent of consumers said it was extremely important that restaurants serve appropriate portions, with 45 percent saying it was somewhat important.

Market Force’s survey was conducted among the firm’s network of more than 300,000 independent mystery shoppers and merchandisers. Of the 4,600 people selected for this study, which was conducted in May and June, 80 percent of them worked part time or full time, and 60 percent reported incomes of more than $50,000 a year. Seventy-six percent of respondents were women, and half the participants reported having children at home.