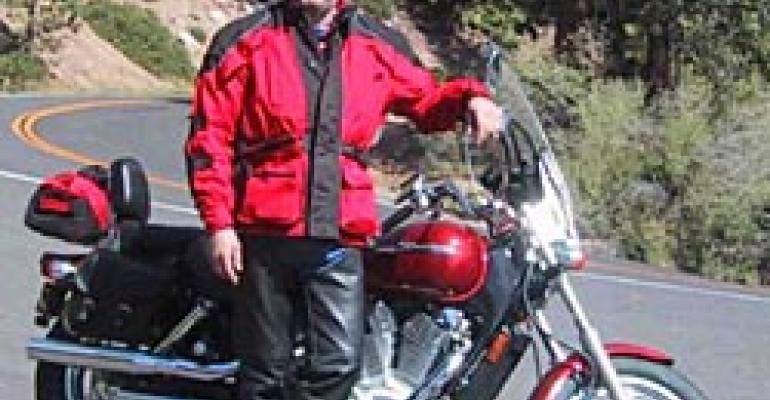 Career: joined SRAC, then called Sydran Services, as IS director in 2000; previously served for several years as electronics engineer at the Naval Undersea Warfare Engineering Center, Keyport, Wash., where projects included the creation and deployment of computer-based training systems

David M. Knutson, director of information systems for Strategic Restaurants Acquisition Corp., enjoys motorcycling around California's back roads, but he had little time for indulging that hobby during his San Ramon, Calif.-based company's recent deployment of point-of-sale and back-office technology. The push to replace aging applications in SRAC's 240 Burger King restaurants — at a rate of two or three stores per night — meant long hours for the executive and his team.

Knutson indicated that the satisfaction he gets from his role overseeing SRAC information technology, or IT, compensates him in great measure for any such temporary sacrifice, such as during the recent rollout. "I like the fact that every day has a new challenge to meet and new ideas to explore," he noted when asked what sparks his affinity for technology and his job.

"Technology is the tool for improving efficiency in operations and providing monitoring and reporting information needed by operations for making decisions," Knutson remarked, underscoring his opinion that technology is as valuable a restaurant commodity as kitchen equipment and dining room fixtures.

What were some of SRAC's most recent IT projects?

Earlier this year, SRAC rolled out Radiant Systems Inc.'s hardware and software for point-of-sale system, kitchen display, credit card processing and centralized data management. The package includes biometric readers that let employees use their fingerprints to log-on to the system and clock in and out for payroll purposes. Log-on can only be performed using a thumbprint.  This means that we always know exactly who is in the system and when, and enables finer control over such things as voids, refunds and time keeping.

The technology integrates with the MenuLink back-office software used by our [stores]. It also features data-management tools for centralized handling of menus pricing and promotions.

What was the impetus for this implementation, and what did you hope to gain from it?

The decision to install a new point-of-sale system was relatively easy to make.  The existing system was fairly old and had a high failure rate. It was also slow and impeded crewmembers' efficiency. Additionally, we were interested in enhancing overall performance by improving information provided to the kitchen for preparation, (in turn) speeding the order process and generally (bettering) system reliability. We also wanted to improve store security.

What challenges did this project present, and how did you handle them?

There were only two major challenges. Once the decision to install the technology was made, we wanted to move rapidly. This shortened development period required both my team and Radiant to work very closely and to be innovative in determining our design. Our particular implementation meant Radiant needed to adopt new processes for performing site staging and rollouts.  The second challenge for my team was to support two and sometimes three installations per night, while still providing tech support to the rest of the company.  My team put in some long days, but successfully deployed the system at 230 sites in a three-month period.

What other IT projects does SRAC have in the works?

Our next projects are focused on soft assets. We utilize a number of open-source applications to provide valuable services like reporting, monitoring and an information portal.  We will be upgrading these systems in order to improve the services offered.

What IT-related lessons has the company learned as a result of Hurricane Katrina and similar problems of recent years?

We have learned the importance of having in place processes that allow critical data to be pulled daily from each restaurant and essentially duplicated in a central location. Having back-of-the-house systems operate normally is also one less issue for stores to deal with (during and immediately following disasters). As a result, we are also using satellite technology for our store network.  After Hurricane Katrina, it was sometimes weeks before phone service was restored, but if the roof stayed on, then we had network connectivity.  Hughes provides our satellite network, which is configured as a private network.  We perform data polling in a few different methods.  We use Excellnet as our main tool for getting data to and from the stores.  We also use custom applications built around FTP as a secondary polling tool.

How can IT departments best sell corporate management on the benefits of IT?

Benefits can be measured.  It is important to develop metrics that capture the impact that technology is providing to the organization.

What is the greatest challenge IT presents to restaurant operations?

Technology is always advancing.  The challenge is how to take advantage of these advances without blowing the budget.  The key is to keep the IT team well trained and innovative in their thinking.